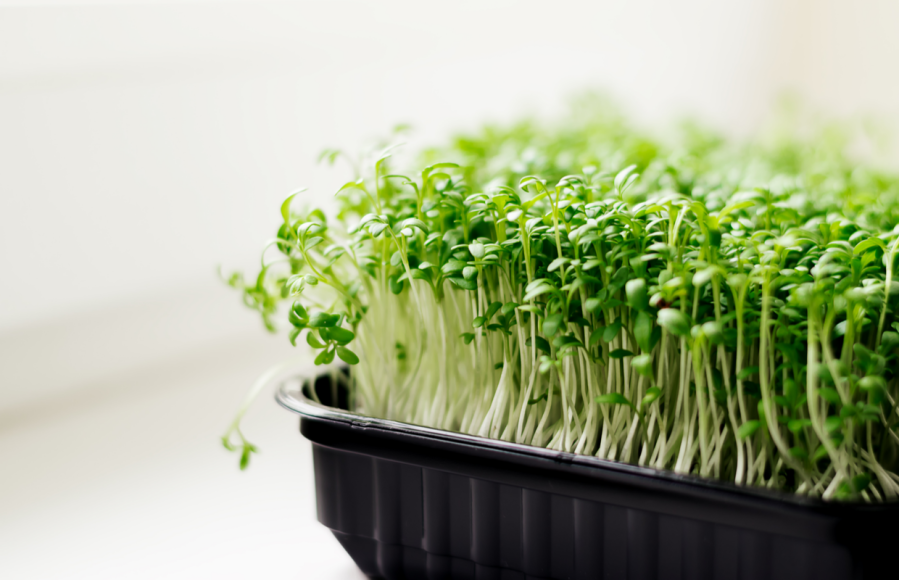 With watercress in season in the UK from the end of April to the end of October, it’s the perfect time to try these mouth-watering watercress recipes from Dorset baker and blogger, Lizzie Crow, to get more of this superfood ingredient into your meals!

The classic peppery hot kick associated with watercress is down to high levels of a naturally occurring compound, phenethyl isothiocyanate (PEITC), which has also been scientifically proven to help prevent certain cancers, and to aid post-exercise recovery by preventing DNA damage.

Watercress is packed with more than 50 essential vitamins and minerals, and gram for gram it contains more calcium than milk and more vitamin C than an orange! A banana, known for its folate content, actually contains less folate than watercress and the same is true of broccoli and vitamin E.

Discover how to get more of this tasty superfood into your diet with these watercress recipes from Dorset baker and blogger, Lizzie Crow… 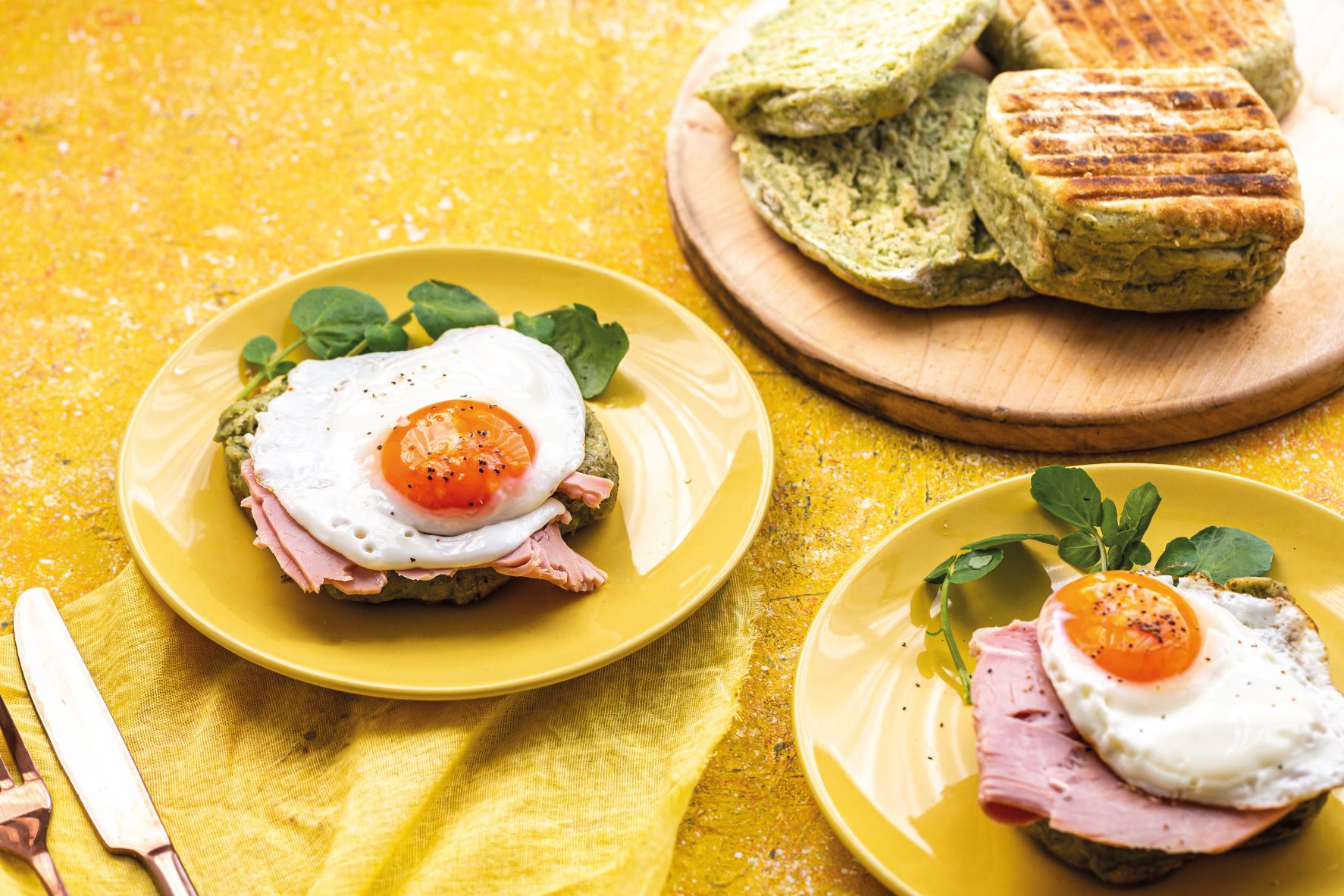 These traditional English muffins contain a surprising savoury twist of iron-rich watercress. Serve them split and toasted with butter, or topped with eggs and ham for lunch. 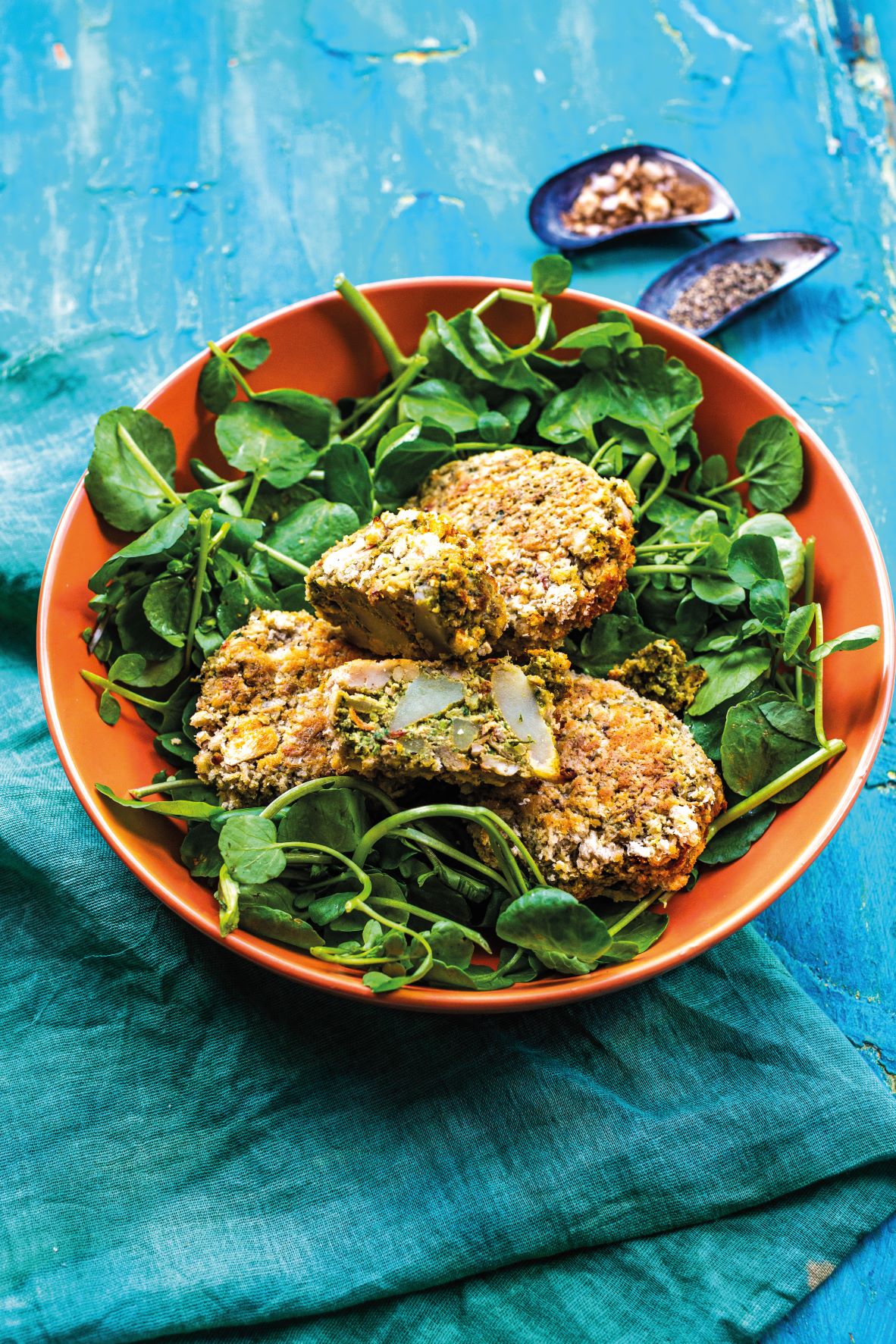 The joy of simple crab cakes is that they can be made at lightning speed then set in the fridge to firm up, ready for cooking as needed.

For the crumb coating: 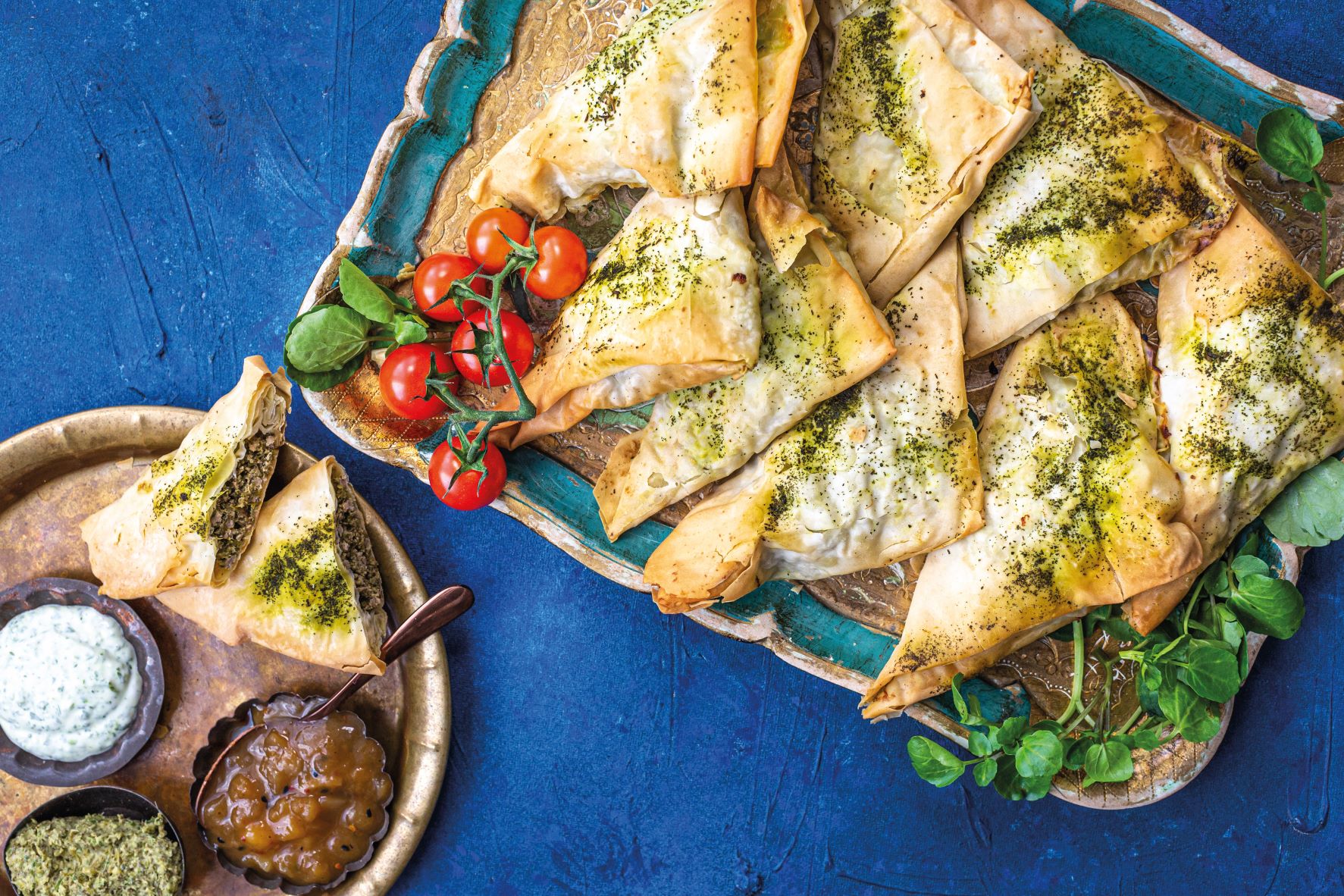 Samosas make a perfect appetiser, light supper or even snack. Here the minced lamb is cooked with a rich, garlicky watercress purée that is also used as a sauce for serving.

For the watercress sauce: 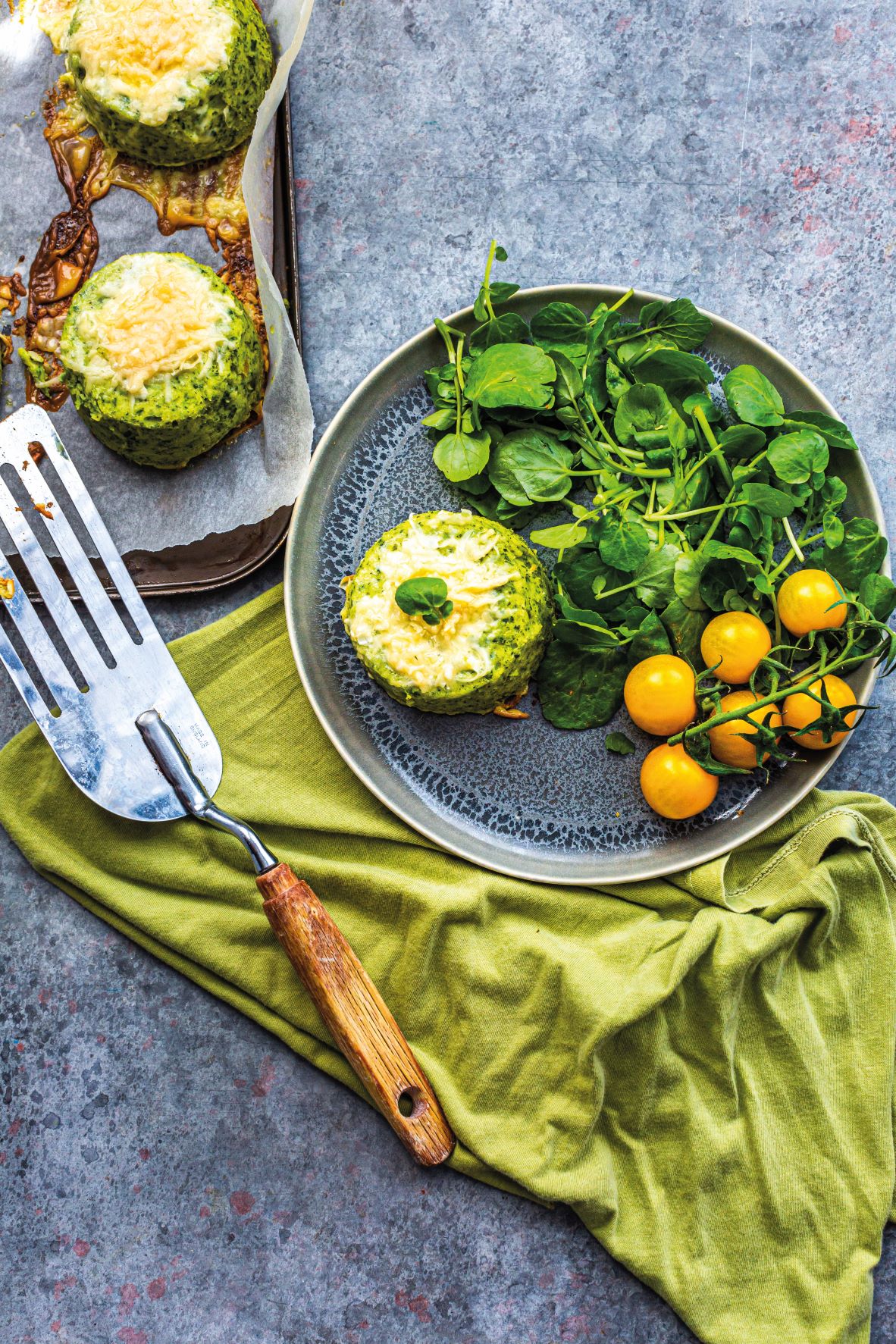 Light, fluffy and full of tasty watercress, these soufflés can be made with any well-flavoured cheese. They’re great for guests as you can make the soufflés the day before serving, then simply whip them out of the fridge, turf each one from the ramekins and pop them in the oven for the second baking. 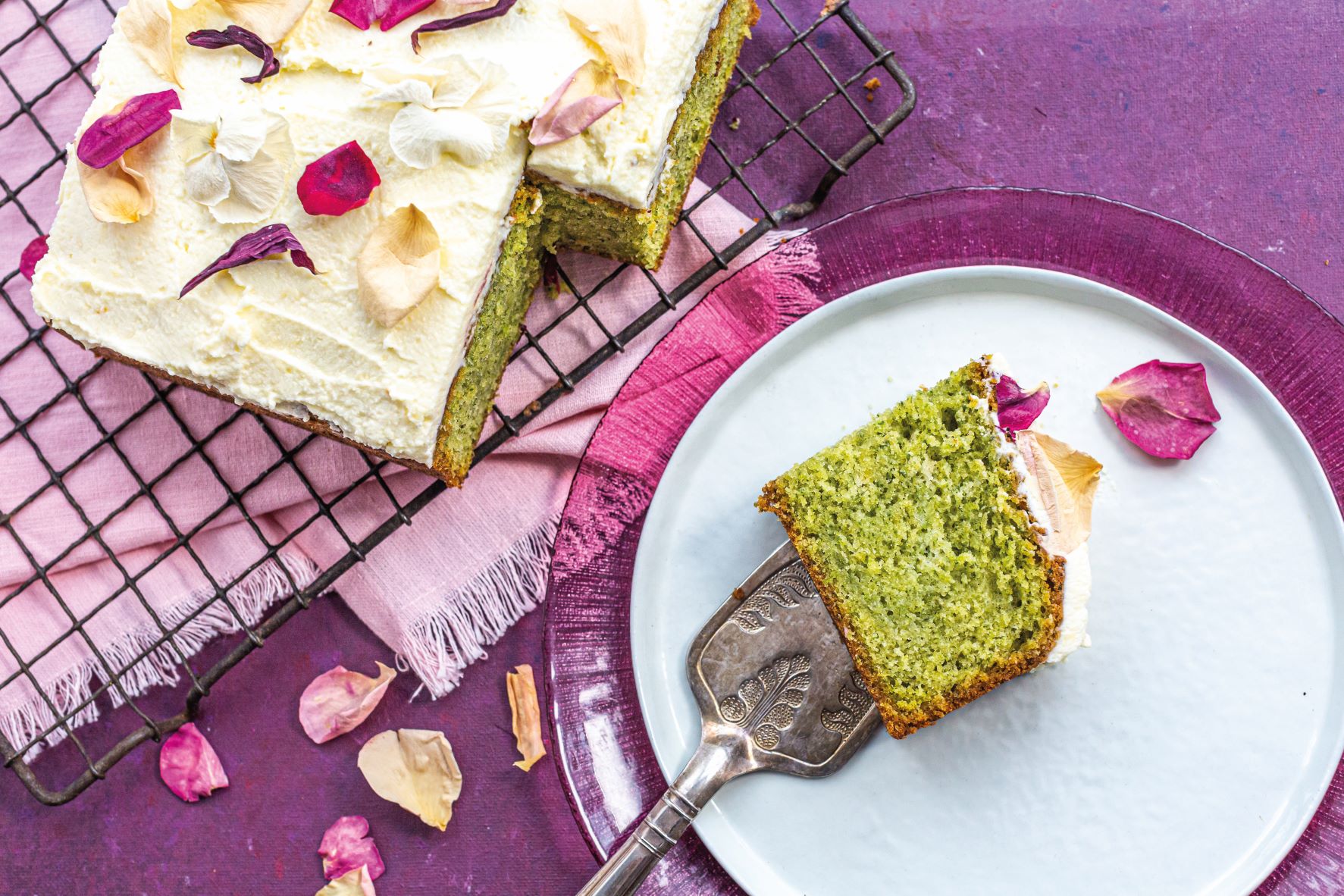 The astonishing addition of watercress adds a deliciously peppery note to the vanilla flavour of this light cake. Teamed with a cool cream cheese frosting, this cake will be well received by children and grown-ups alike. It really is important that the butter and cream cheese are at room temperature before mixing, otherwise the frosting could be lumpy.

Lizzie Crow is a professional baker, writer and recipe developer who’s the proud recipient of four Great Taste Awards. She bakes in a Grade-II listed cottage between the Jurassic Coast and The Ridgeway, making use of local, seasonal Dorset produce. Find out where she sells her wares at lizziebakingbird.co.uk. Find Lizzie on Instagram at @lizzibakingbird.