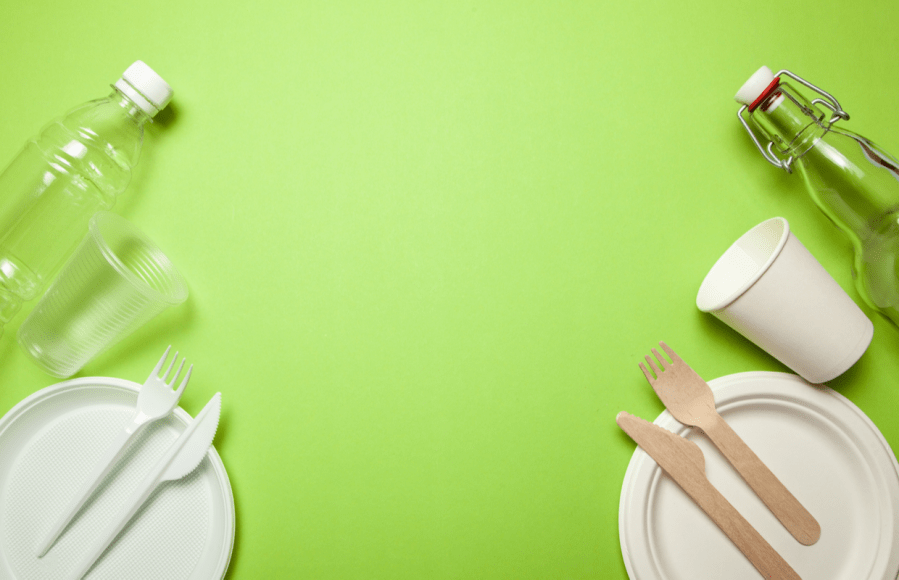 With BPA being found in lots of food and drink packaging, what alternatives are there – and are they actually better? We take a closer look at whether BPA-free plastic is safe before explaining how to limit your exposure and avoid BPA…

Think about how much plastic you have inside your fridge right now. It’s likely to be a lot. From milk cartons, juice bottles and yogurt pots to salad bags, houmous containers, ham packets and more: almost everything is covered in plastic. And it’s easy to see why – this strong but lightweight, mouldable material keeps food fresh, clean and easy to transport. Plastic is extremely useful yet its convenience comes at a cost.

The environmental damage caused by discarded single-use plastics, such as bags and bottles, has turned plastic from wonder-material to packaging pariah. And that’s only half of the story. Plastic packaging also has been linked to serious health concerns.

Chemicals from packets can seep into food and drink. And with so much of our daily diet encased in plastic, it’s definitely a concern. The substance that has come undermost scrutiny is bisphenol A (BPA). It’s one of a group of chemicals, called bisphenols, used to make plastics and epoxy resin, which is a type of plastic that prevents metal corrosion inside food and drink cans.

As such, you’ll find BPA lining the tins for soups, coconut milk, tuna and tomatoes, as well as soft and alcoholic drink cans. It can also be found in some plastic packaging, such as polycarbonate water bottles, cling-film, takeaway coffee cups and food containers. This widespread use makes it tricky to know how to avoid BPA.

Why is BPA bad?

In lab tests, BPA has been linked to cancer, infertility, miscarriage, obesity and heart disease because it disrupts the regular action of hormones. ‘BPA is an endocrine disruptor, which means it can interfere with normal hormone function in humans,’ says Dr Margaret Wexler, a microbiologist and head of science at Breast Cancer UK, a charity that campaigns to reduce risk factors for breast cancer.

‘It has wide-ranging health hazards. For instance, it can bind to the same receptors in your body as oestrogen, so triggering increased cell multiplication. This increases the risk of cell mutations, which may lead to breast cancer. In a similar way, it also disrupts thyroid function and may affect metabolic and immune function too. It can also interfere with androgens – male sex hormones – increasing the risk for prostate cancer. And, it could disrupt foetal brain development.’ 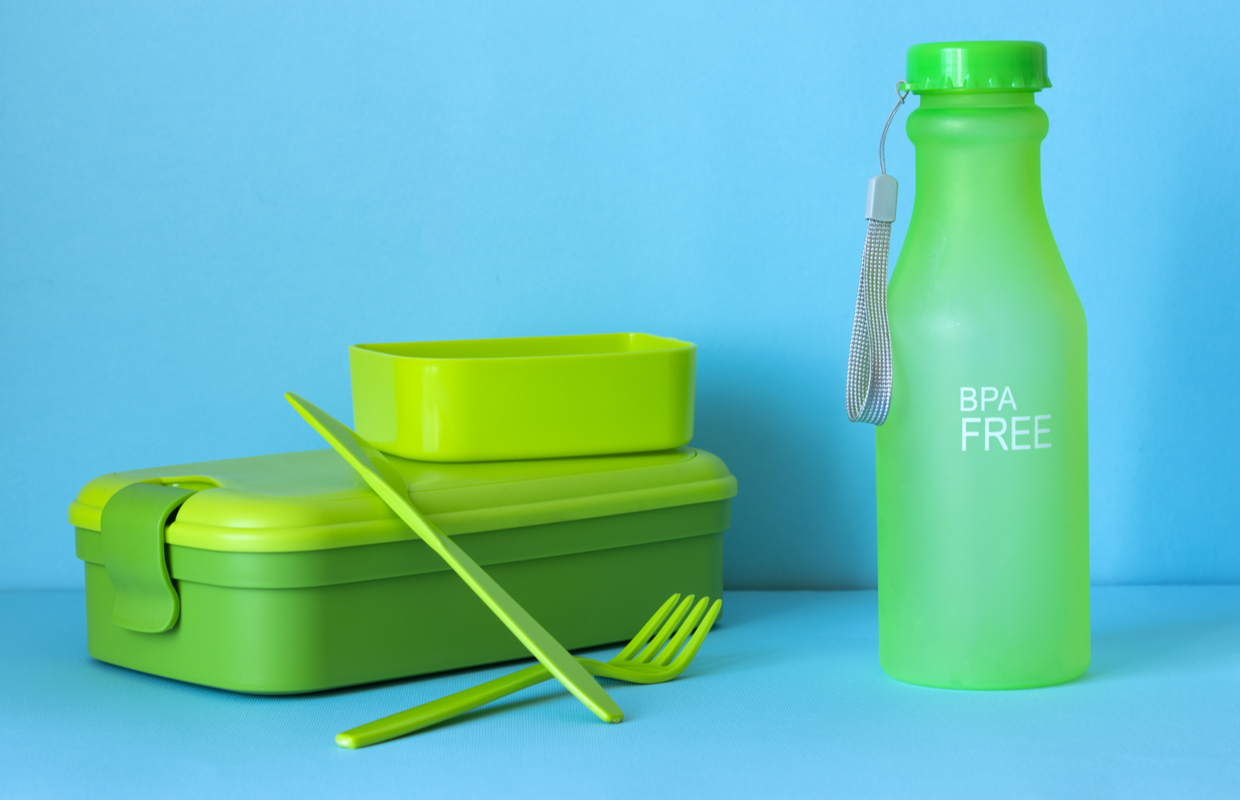 BPA has been banned for use in baby bottles by the European Union, Canada and the USA because of its endocrine-disrupting effect, with Canada’s administration classifying it as a toxic substance. A review study concluded BPA should be considered carcinogenic because of its potential to cause breast and prostate tumours.

‘Research found about 90 per cent of people studied have BPA in their urine. It’s also been found in blood, breast milk and internal organs,’ says Dr Wexler. ‘So, this substance is widespread. It’s argued BPA has a short half-life, meaning it breaks down and passes out of the body quite quickly, limiting harm. But that’s irrelevant because we are constantly being exposed to BPA, so it’s always inside of us.’

Why is BPA still used in food packaging in the UK?

Despite growing awareness of potential harm to health, BPA is still used in the manufacture of food and drink packaging in the UK. The Food Standards Agency deems it a safe chemical for use in food-use plastics. A reason it’s not banned is because levels of exposure to BPA are considered too low to cause health problems in humans.

‘But endocrine disruptors can cause harm at low doses. They also work differently to normal carcinogens because they maybe what’s called “non monotonic”,’ says Dr Wexler. This is where a substance at a lower dose can cause more harm than at a higher dose. Sounds illogical, but it’s an accepted scientific hypothesis. ‘It’s not yet known whether BPA is nonmonotonic, so until we find out, caution is advisable.’

Driven by consumer concern, some manufacturers have come up with alternatives, designed to help people avoid BPA. You can now find plenty of plastic labelled “BPA-free”. Great news, you’d think. But the chemicals replacing BPA can be just as bad or even worse for health.

‘Alternatives, such as BPS, BPAF, BPZ and BPB are all bisphenols, and just like BPA they can bind to oestrogen receptors in your body, so will have similar health effects,’ says Dr Wexler. This was the finding of a study by Chem Trust, a UK chemical regulation charity.

‘Also, Breast Cancer UK funded research by scientists at King’s College London on alternative bisphenols, which found some versions were even more estrogenic than BPA. So the idea these alternatives should replace BPA is unacceptable. Instead, we need bisphenol-free products, rather than just BPA-free ones.’ 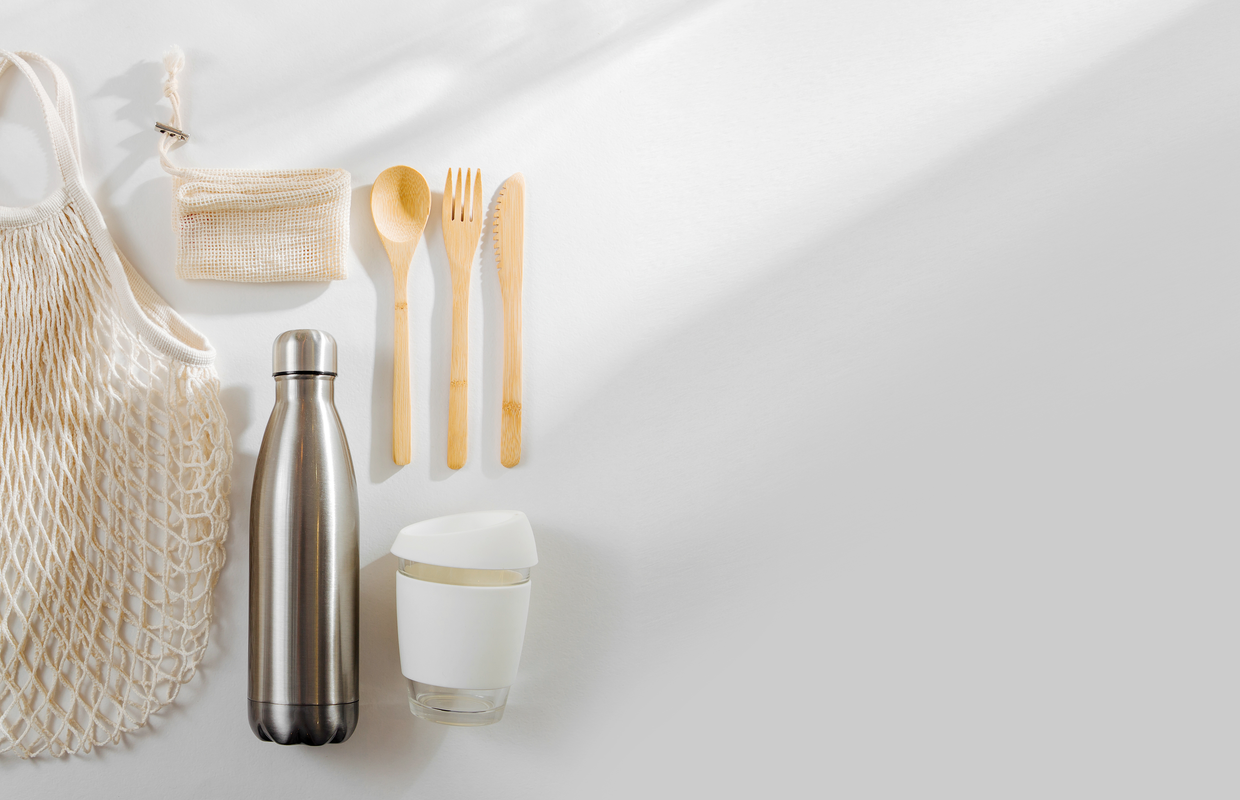 How to avoid BPA: 5 ways to limit your exposure

According to advice from the Endocrine Society: ‘BPA leaching is enhanced by heating or reheating in a microwave, or exposure to sunlight.’ When learning how to avoid BPA exposure in food or drink preparation, try the following tips:

2. Limit your consumption of tinned foods and canned drinks

BPA was found in 40 per cent of tinned food and drink cans tested in 2017 by the US Center For Environmental Health.

On the bottom of most plastic containers you can find a recycling code, numbered from 1 to 7. This gives you a clue about what’s lurking inside that particular plastic. 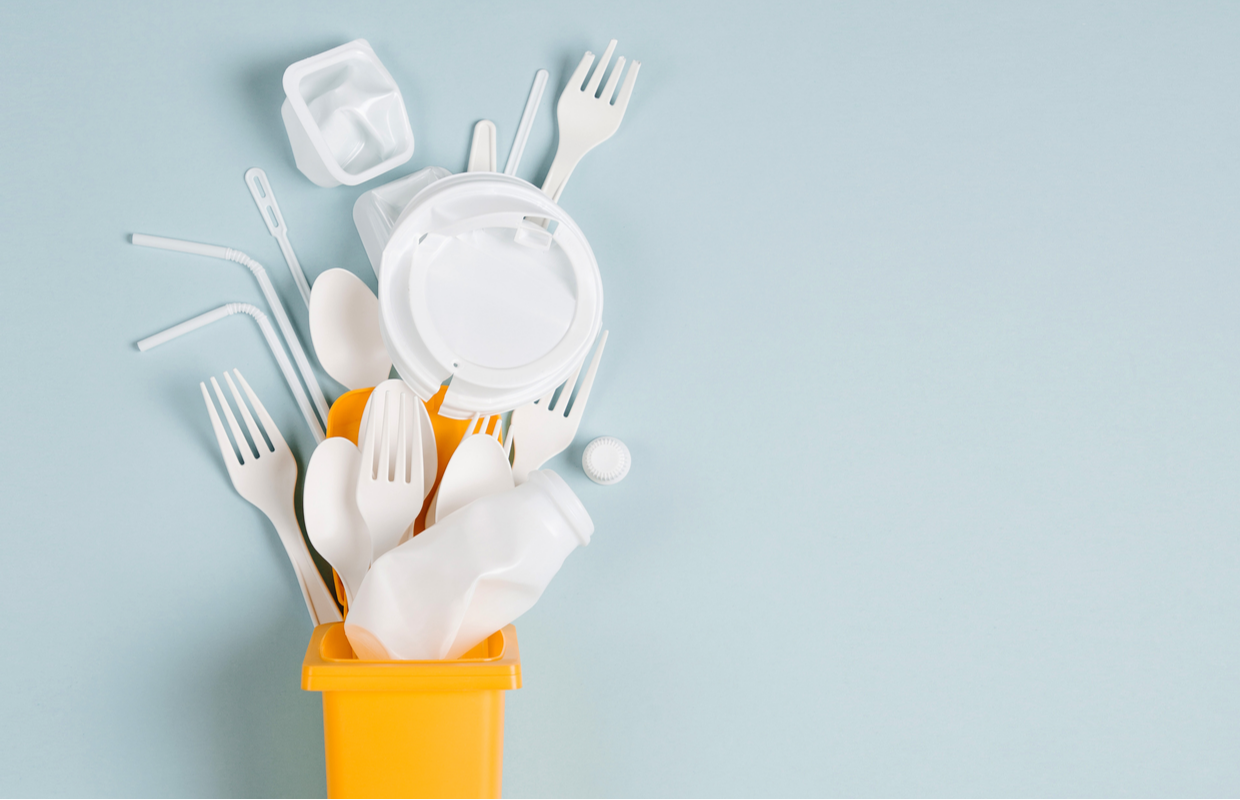 It may contain BPA, especially polycarbonate water bottles. Plus, it harms the environment if it ends up in landfill.

When you buy fresh produce from your local market you tend to reduce your exposure to bisphenols and other chemicals because items are mainly sold loose. Buy from a local fishmonger, butcher and bakery too, where possible – you’ll be helping small businesses, the environment and your health.