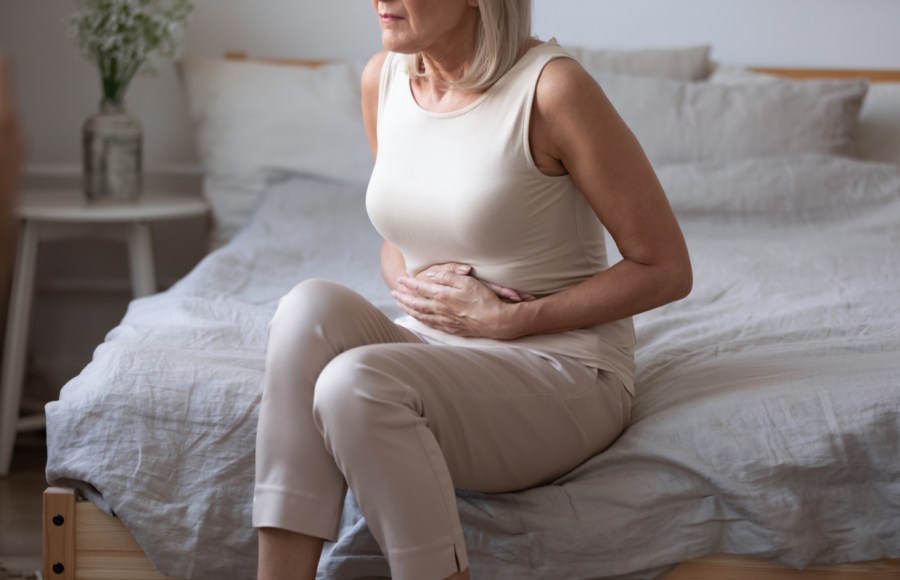 When you think of Parkinson’s disease you might naturally consider it a purely brain-based condition, but latest studies suggest that your gut health may have an important role to play. ‘We are increasingly finding out more about the gut microbiome in relation to health and disease,’ says Professor Glenn Gibson, head of Food Microbial Sciences at the University of Reading.

‘The connection that the gut could be involved in migraine and schizophrenia was first made in the 1800s. This was not taken seriously at the time. But, we now know that the gut microbiome is central to many disorders. These include cognitive issues, anxiety, depression, migraines, autism, dementia, and now also Parkinson’s disease.’

What is Parkinson’s disease?

Parkinson’s disease is a progressive neurological condition. The three main symptoms are tremor, muscle stiffness and slowness of movement. Other symptoms may include tiredness, pain, depression and mood changes. Latest figures from Parkinson’s UK estimate that around 145,000 people (that’s one adult in 350) are diagnosed with it. It mostly affects people over 50, but younger people get it too.

People with Parkinson’s don’t produce enough of the hormone dopamine, the pleasure hormone. There is no current cure and the main treatment is medication to restore levels of dopamine. This can have side effects though (involuntary movements and impulsive, and compulsive behaviour). Other treatments include deep brain stimulation, and physical therapies such as physiotherapy, speech and occupational therapy. 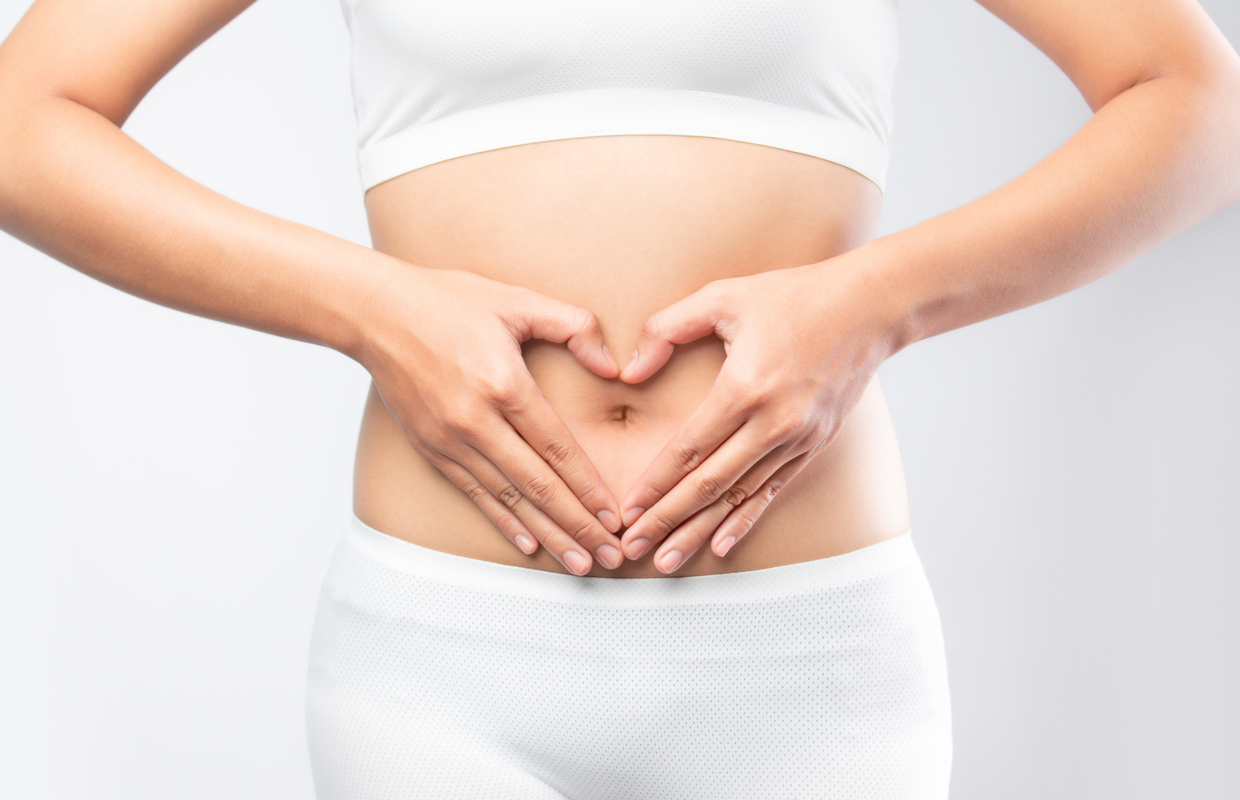 Is there a link between Parkinson’s disease and gut health?

It’s not clear exactly why some people get Parkinson’s. There is some evidence that environmental factors, e.g. toxic chemicals, heavy metals, viruses and other pathogens, may cause dopamine-producing cells in the brain to die, causing symptoms. Now though, new research suggests poor gut health may also be a factor in the development of Parkinson’s disease.

‘Changes in the micro-organisms in the gut are believed to play a role in the initiation of Parkinson’s in some cases, and are linked to certain symptoms, says Dr Beckie Port, research manager at Parkinson’s UK. ‘That’s why there is ongoing research into gut health and probiotics.’

Research carried out at the Universities of Edinburgh and Dundee, led by scientist Maria Doitsidou (funded by Parkinson’s UK and published in Cell Reports, 2019) has identified that a common bacteria, known as bacillus subtilis, may potentially inhibit and even reverse the build up of a protein, called alpha-synuclein – clumps of alpha-synuclein have been found in the intestines of people with Parkinson’s.

Researchers believe this protein travels from the gut to the brain via the vagus nerve, where it leads to the loss of dopamine-producing cells. It’s not clear what causes this protein to clump in the gut in the first place, but bacteria may play a part. ‘It is clear that that gut bacteria produce chemicals that can have both positive and negative effects on the brain (neuro-transmitters),’ says Professor Gibson.

‘These are transmitted via the vagus nerve that connects the brain and gut. The key is finding out which bacteria produce which neurochemical and how it then becomes involved in the issue.’ 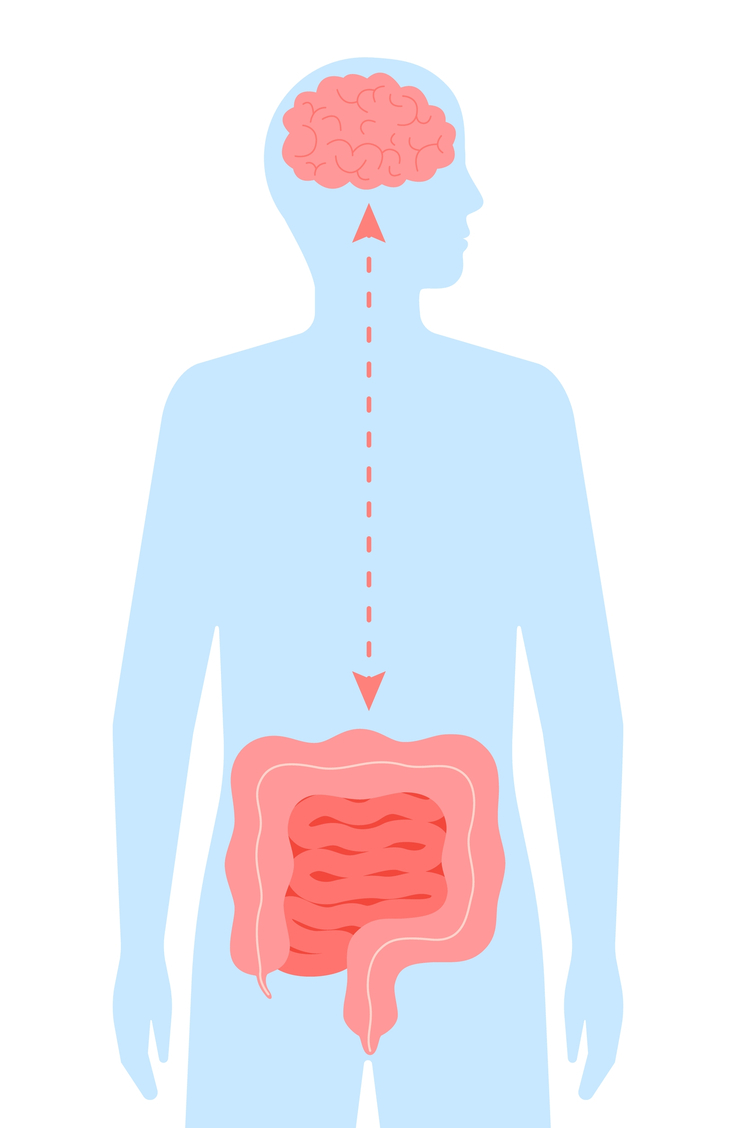 In a 2016 study led by Sarkis Mazmanian, Medical Microbiologist at the Californian Institute of Technology, researchers found that changes in the gut microbiome of mice led to brain abnormalities and motor deficits characteristic of Parkinson’s. ‘The connection between the gut and brain is real. It’s powerful and it may revolutionise medicine as we know it,’ says Sarkis.

‘Inside our brain is a coating called the blood-brain barrier. This is like a gate that selectively allows good molecules (neurotransmitters, hormones and nutrients) to pass freely. But, it prevents the entry of bad molecules (eg: toxins) that are harmful to the brain.’ Yet despite this, the gut and brain are in constant communication, through incoming or outgoing nerves, or small molecules that pass through the blood-brain barrier. These signals tell you about your mood, cognition, hunger and other responses.

And it turns out these molecules that cross the blood-brain barrier are created by the trillions of bacteria that make up your microbiome, most of which is in your gut. ‘The gut absorbs nutrients from food, and also from the many thousands of molecules from bacteria that can reach all corners of our bodies, including our brain,’ says Sarkis.

‘By fixing problems in our gut this may naturally fix issues in the brain associated with different diseases. The future of medicine may include the concept of “drugs from bugs”. This means, some day you may go to the doctor and be prescribed a pill with live bacteria inside as a remedy.’

Can you prevent Parkinson’s disease by improving your gut health?

Protecting yourself from Parkinson’s is important, but bear in mind research is in the early stages. Scientists still need to identify exactly which bacteria may contribute to, or help prevent, the disease, and further clinical trials are needed. But for now, see our tips below to ensure optimum gut health.

Dr Rangan Chatterjee is one of many doctors to now promote how vital gut health is. More recently, he looked at Parkinson’s research with probiotic brand Symprove. Here are his top tips on improving your gut health to lower your risk of Parkinson’s disease:

Looking for more gut health advice? For IBS Awareness Month, we’re giving away free copies of Your Guide to Good Gut Health. Click here to find out more and download your copy.

Related: IBS triggers – 7 habits that could be harming your gut health