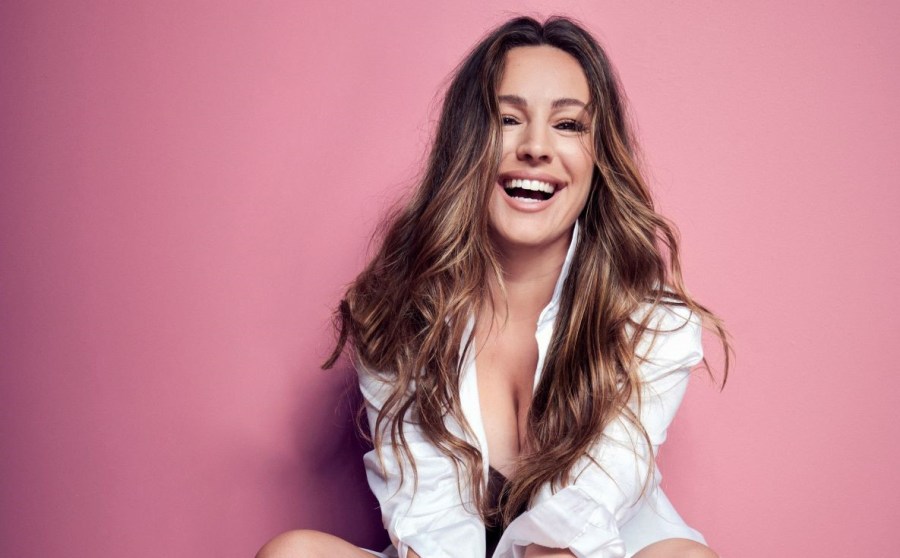 Model and radio presenter Kelly Brook, 42, talks about her move the countryside, how it led to weight gain and why she’s gone on a healthy weight loss journey…

‘During my modelling career, I was always on a plane flying here, there and everywhere, grabbing food on the go and not thinking too much about what I ate. I was crossing time zones and just grabbed sandwiches here and there, and didn’t think too much about food.

‘But when I met my partner, Jeremy, seven years ago – he’s French/Italian – I remember on one of our first dates he came to my house and, at about 1pm, he started setting the table. He was clearly expecting lunch and I thought, ‘What’s he doing? What are we eating?!’ I hadn’t really cooked a meal for so many years I didn’t know what I was going to make him!

‘Being with him and having that European influence I realised that sitting down and eating is family time. It’s a time to be still, sit down and focus on your nutrition and on the people you’re eating with – just celebrating food. That’s really when I started getting into cooking, as I realised this guy was expecting me to make him breakfast, lunch and dinner every day!

‘Jeremy loves cooking, too, and he’s from a family of cooks. I think it was his influence that really got me loving food, and it instigated my love affair with food. Living in the countryside and making lots of food is what led to me putting on weight. I think because there was only Jeremy and myself, the potion control got a bit out of hand. This was coupled with not working in London for a while and not doing as much modelling.

‘Living in the countryside and making lots of food is what led to me putting on weight – coupled with not working in London for a while and not doing as much modelling.’ – Kelly Brook

‘Also, my career had started to move in a different direction and I just wasn’t so focused on my body or how I looked. I had previously been pretty athletic and loved dance. But when we moved to the Kent countryside, I let go of all that and forgot about it for a while.

‘It was like I forgot about that girl I once was and just focused on my relationship, my garden and my home. I got a lot happier in those parts of my life. But, in a way, I became unhappier in other aspects, as I forgot about me a bit. It’s not that I’m saying I don’t love my partner or my garden or my home – I do. But I’d neglected the part of me that loved clothes and dressing up for photoshoots and having my photo taken. That was such a huge part of my life in the past. 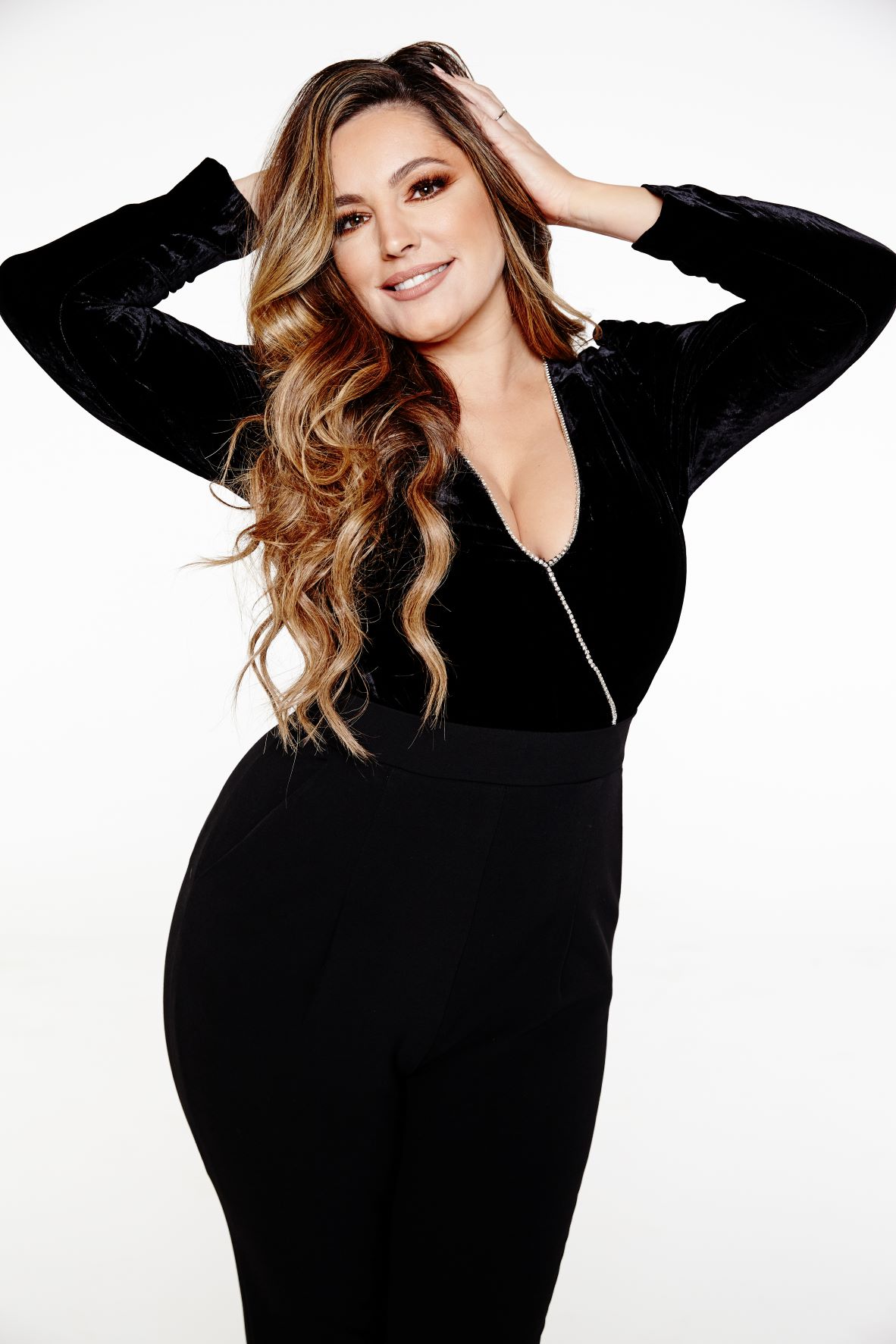 ‘During lockdown, you had people that were working out and getting super fit, but then you had those, like me, who were buying pizza ovens and bread makers and ice cream makers. Everyone reacted differently to the pandemic and lockdown. I just wanted comfort as that was my emotional state. If I’m hurt or sad or lonely, I just want food as that’s like a blanket to me.

‘It messed with my mind a bit that I was happy in love yet also at my largest. In the past, I used to think I had to be thin to be happy in a relationship, but I realised that actually wasn’t the case.’ – Kelly Brook

‘So, coming out of lockdown and all of a sudden not wearing trousers with elasticated waists anymore I thought, ‘wow, I need to get back on this’. The worst time was being on the red carpet and the paparazzi I knew from years before asking me to breathe in! It was September and the first time I’d been in London for a few years. We’d been invited to a film premier and the paparazzi were saying, ‘Come on Kel, breathe in!’ I was absolutely mortified.

‘I didn’t realise I’d changed so much. You just don’t notice it. I was the happiest I’d ever felt in my relationship and my home life. But I didn’t like those comments and that feeling of not being recognisable as the old me. So, I wanted to get that balance of still being healthy and happy, and also being more back to my former self and being able to do my job and not have those comments. 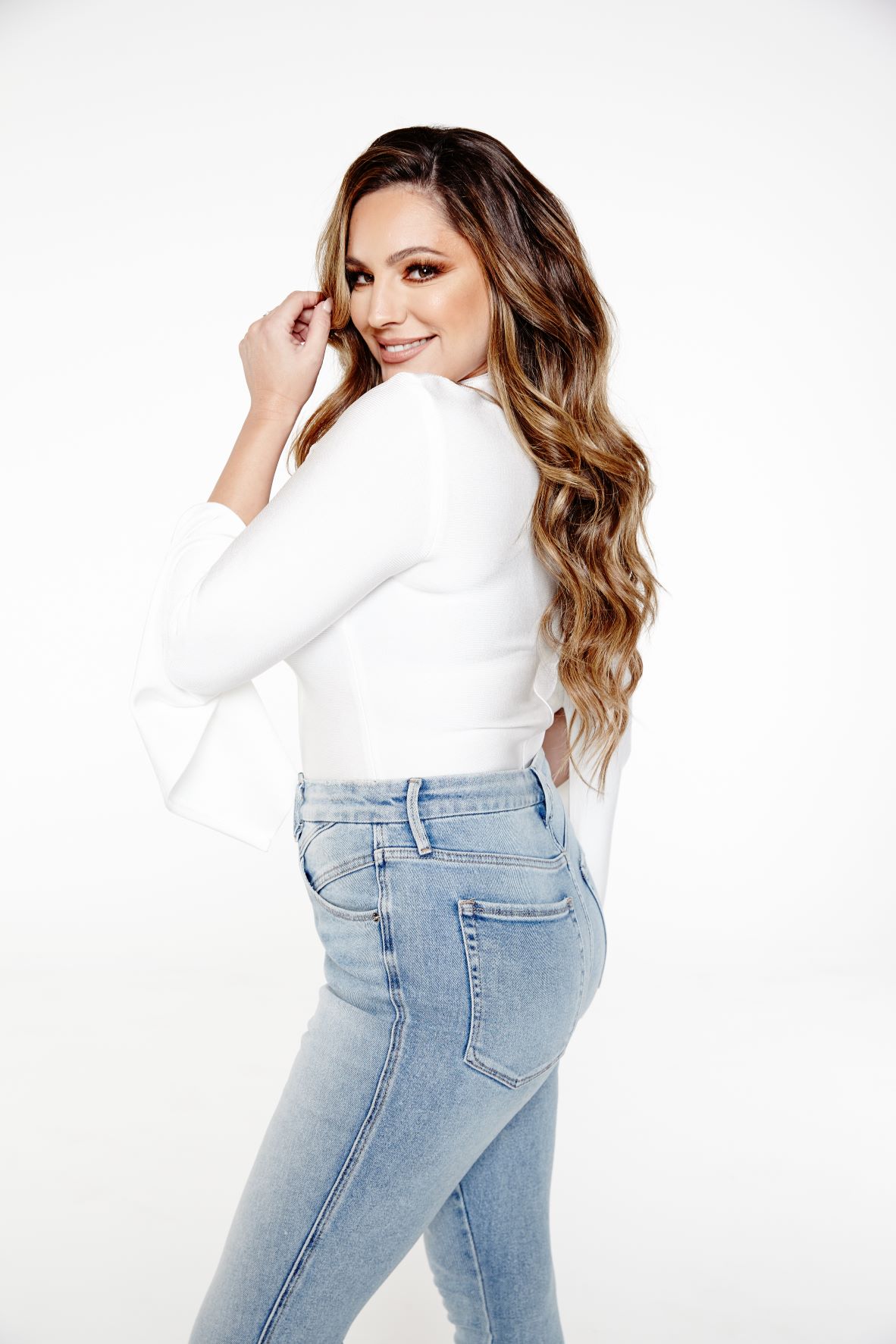 ‘I tried a low-carb diet but that was the catalyst to me putting on a lot of weight! Yes, I dropped a lot of weight while doing it, but then I put on loads afterwards. At the time I loved it, though, and loved the food. But, I couldn’t maintain it and then my weight skyrocketed. Jeremy said I talked about food non-stop when he first met me, which was after being on that diet for six months. He said it was all I talked about, which isn’t good as I was obviously too obsessed with food!

‘I don’t think it’s fashionable these days to say you want to lose weight. It’s a bit of a toxic subject, especially on social media. People criticise me for promoting weight loss and using slimming products. If you’re happy in the weight you are then I think that’s enough and I think you should celebrate who you are at any size.

‘I don’t think it’s fashionable these days to say you want to lose weight. It’s a bit of a toxic subject, especially on social media. If you’re happy in the weight you are then I think that’s enough.’ – Kelly Brook

‘I did a campaign called Size Sexy where we celebrated being sexy at any size. And I know for a fact that when I was a size eight I didn’t feel very sexy – I felt scrawny and tired and wasn’t in the happiest place in my life. For me, I wanted to look more like the old me. So, I wanted to embrace my new body but also not get carried away and continue putting on weight, as I could just see myself becoming super unhealthy if I let things continue how they were.

‘I think people can get to the point where they feel sluggish and overweight and want a quick fix. But that’s when you can end up in a yo-yo dieting situation. So, I wanted something that would be sustainable. That’s when I decided to try Slim Fast. And I found it so easy. It was everything I needed. 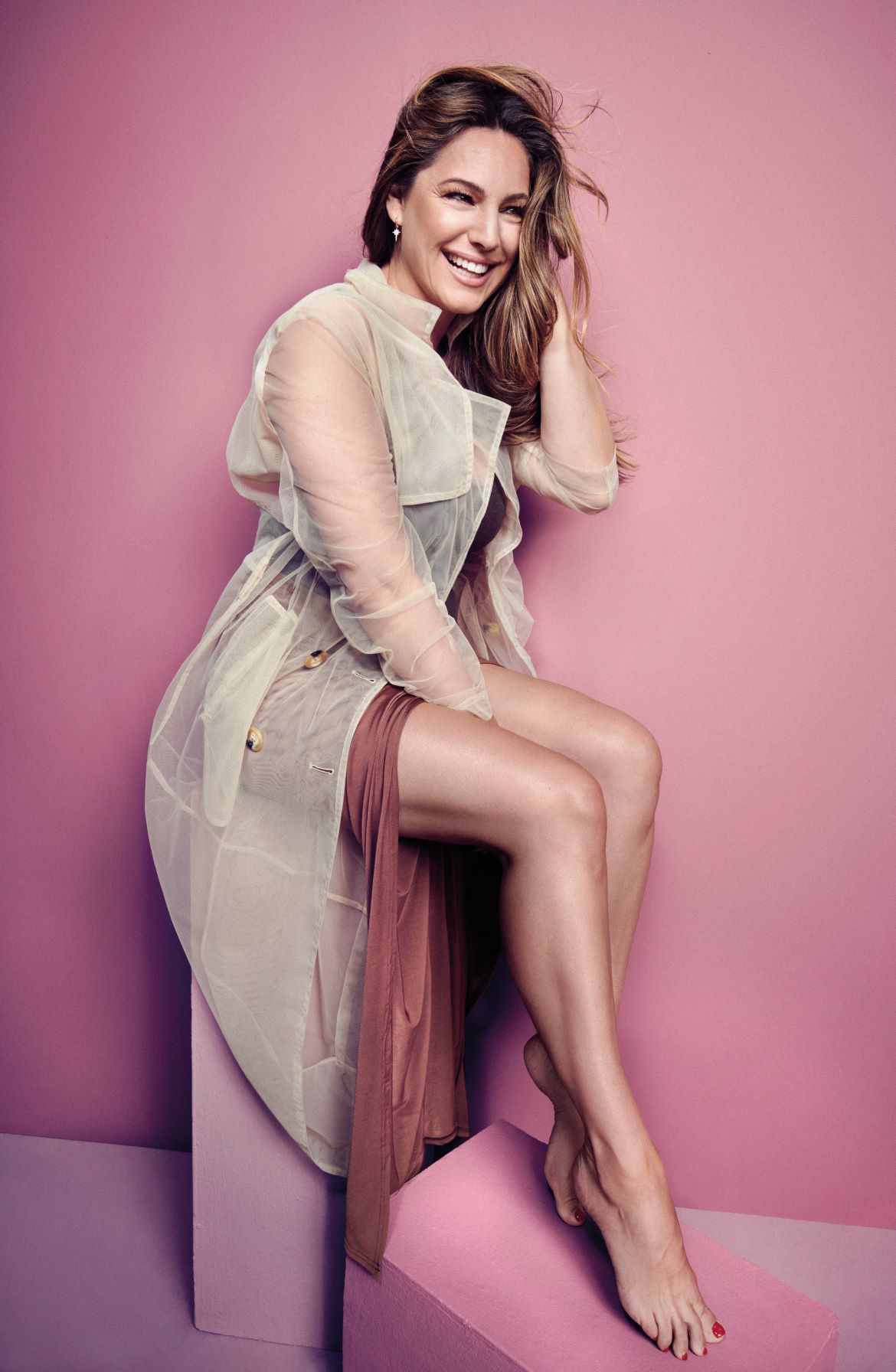 ‘I’m still not the size I was when I was modelling. I’m around a size 12 now, but I was much larger before. I feel like I can wear the clothes I want to wear; I feel a lot healthier, have energy and can do my work. But that doesn’t mean size 16 isn’t a sexy size for someone else. I think it’s whatever works for you. But I do think it’s OK to say you want to lose weight if you’re not happy. I think that should be OK. It’s a personal choice.

‘I get comments on social media asking why I’m eating all the time if I’m doing SlimFast? Yes, I will make a roast dinner or have an ice cream – everything in moderation – and I’ll probably be Instagramming it because I’m thinking to myself, ‘Ooh, this is my treat!’ But it’s not my day-to-day food. I won’t have a roast every day – I’d love to, but I don’t!

‘Using SlimFast doesn’t mean you don’t eat. You have the shakes and snacks to keep you on track but you also have to have a healthy diet alongside that. And it really is a whole lifestyle. I worked with a chef for six months to begin with and learned amazing recipes including vegan and veggie dishes using ingredients I’d never really used before.

‘Using SlimFast doesn’t mean you don’t eat. You have the shakes and snacks to keep you on track but you also have to have a healthy diet alongside that. And it really is a whole lifestyle.’ – Kelly Brook

‘This whole journey has been a lifestyle change for me. It hasn’t been about deprivation. I couldn’t believe how quickly after the age of 35 I put on weight. It was going up and up. In the end, I didn’t feel that it was healthy for me. I had pain in my back; I just felt sluggish and didn’t feel my best. That film premiere was the turning point and I wanted to change.

‘If Jeremy and I have had an unhealthy meal, we’ll wake up feeling as if we have a hangover just from the food – not because we’ve had alcohol! And that’s something that never happened when I was younger. It’s like getting brain fog, so I don’t know whether that’s the fat or the sugar, or what. 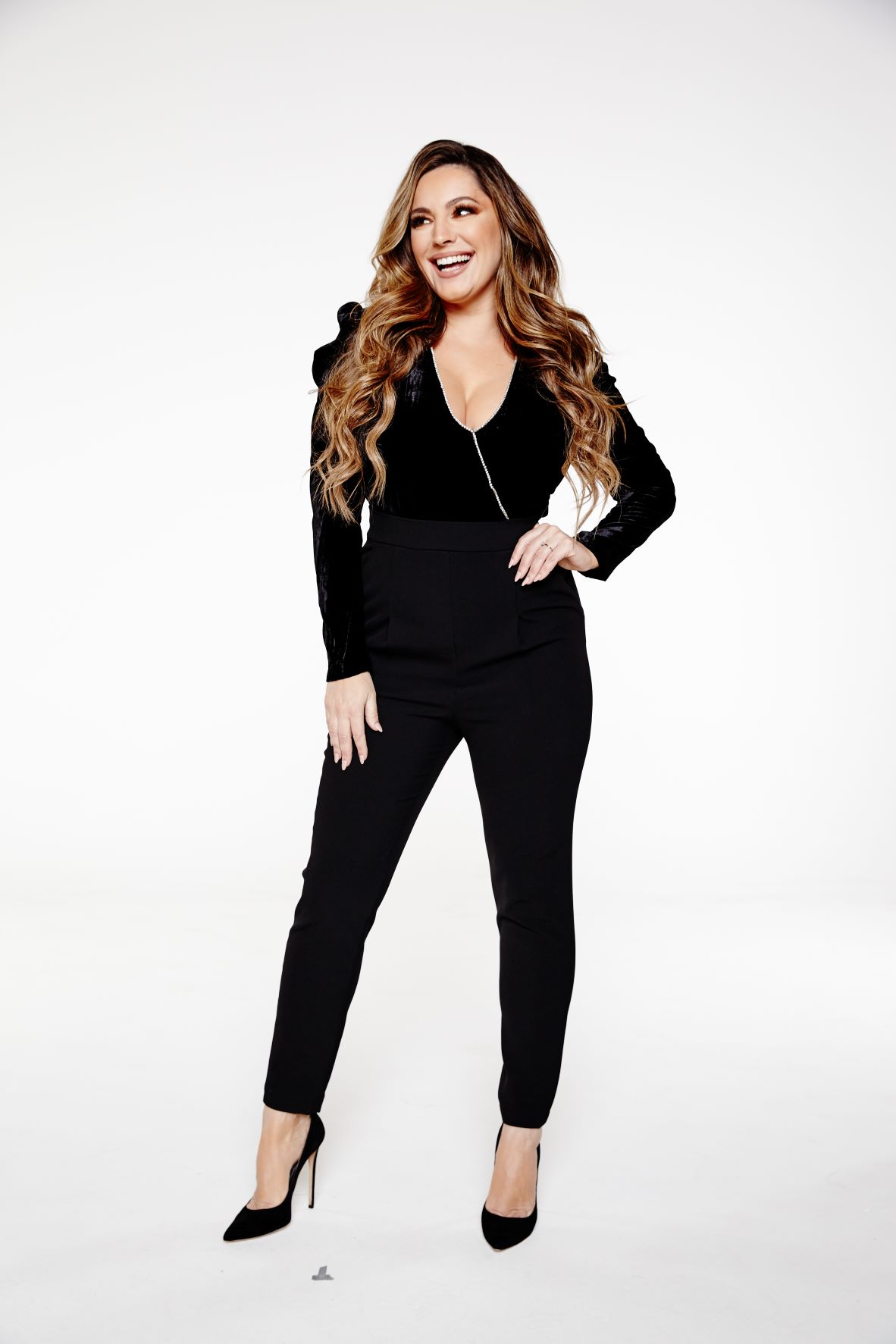 ‘I do think, as I’ve got older, I can’t indulge the way I used to. That’s why I’m so much more into cooking my own food now and not going out to restaurants as much. When I do go out for a meal, though, I’ll have a main course and a dessert. But I’ll often only have one bite of the dessert – I don’t feel I need to eat the whole thing. Jeremy gets annoyed with me as I’ll order loads of things and then only eat half of it, but he’ll usually finish it off!

‘I work on the radio, and my ‘danger zone’ is between 4-7pm when I’m at work. It’s a job I do every day and know inside out, so I’m in a bit of a comfort zone with it. I often end up thinking about what I’ll eat in the afternoon. It used to be a cup of tea and maybe some crisps and a Snickers bar, but now I always keep a SlimFast snack in my purse in case I’m peckish late afternoon.

‘I do think, as I’ve got older, I can’t indulge the way I used to. That’s why I’m so much more into cooking my own food now and not going out to restaurants as much.’ – Kelly Brook

‘Being healthy is also about being organised and having healthy food in the fridge. So, I stock up and have healthy things on hand. I try to set out my week and look at what I have coming up, then plan meals around it and make sure I book a shop delivery. This means I’m all set for the week. Plus, I love walking and being out in nature and gardening.

‘I also have a little dog, Teddy. I take him out on two-hour walks each morning to stay energised and to get fresh air. Having a dog has helped so much with de-stressing as it forces me to walk. I also love dancing and Pilates. I try to mix it up really in terms of what I do for exercise.

‘Weirdly, I’m probably the healthiest when I’m on holiday. That’s when I have the most time to myself and can focus on what I eat. It’s overworking and being overtired that often leads to me reaching for a naughty treat to get that sugar kick to keep going. So, I have to be mindful about not overworking or it can lead to unhealthy habits.’

Kelly is an ambassador for the SlimFast 321 plan. Find out more about SlimFast products, plans, drinks and snacks, at slimfast.com.