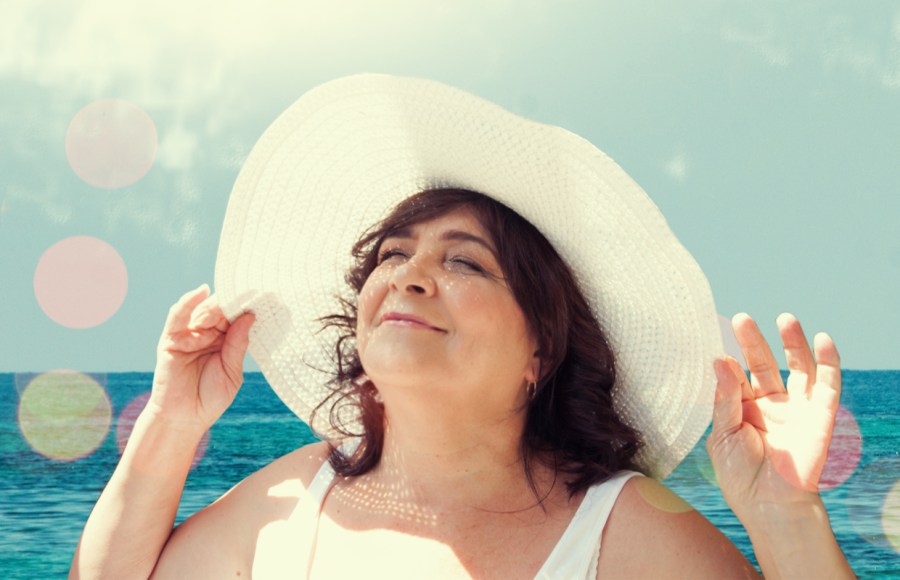 There’s a huge range of Vitamin D health benefits, yet at least one-in-five people don’t get enough of this essential micronutrient. Here’s the inside story on the sunshine supplement, plus the best vitamin D rich foods to make sure you’re hitting your daily allowance.

Everyone knows you need a good balance of vitamins and minerals in your diet for optimum health. Vitamin D is one such health-boosting essential that’s vital for strong bones, as it aids the absorption of calcium in your gut. So, getting enough is especially important to prevent bone density loss and osteoporosis.
However, not everyone might know it’s difficult to get enough vitamin D solely from the sun or your diet. We produce Vitamin D when we expose our skin to sunlight. However, there’s not enough sunlight during colder months, so the NHS advises taking a 10 microgram (mcg) supplement between the months of October and March. No wonder at least one in five of us are deficient in what’s called the sunshine vitamin.

What is vitamin D?

It’s better to describe vitamin D as a steroid hormone rather than a vitamin. This is because your body can make it naturally, as opposed to most other vitamins, which you can only get through your diet.
‘Vitamin D is set apart from other vitamins, partly because we weren’t designed to get it from food,’ says Professor Adrian Martineau of Queen Mary University of London, a leading expert on the effects of vitamin D on human health

How is vitamin D made naturally?

‘We are meant to make vitamin D via sunshine,’ explains Prof. Martineau. ‘Your skin naturally contains a type of cholesterol precursor to vitamin D, which ultraviolet light converts into D3. It then enters your bloodstream where the liver processes it.’
While this process should happen naturally, it can’t always do so in winter and the true total of people lacking this nutrient may be far higher than the previously stated one in five, because minimum levels are not internationally agreed. It’s also worth noting that your ability to make vitamin D declines with age. After 65, you make just a quarter of the vitamin D made during your twenties. 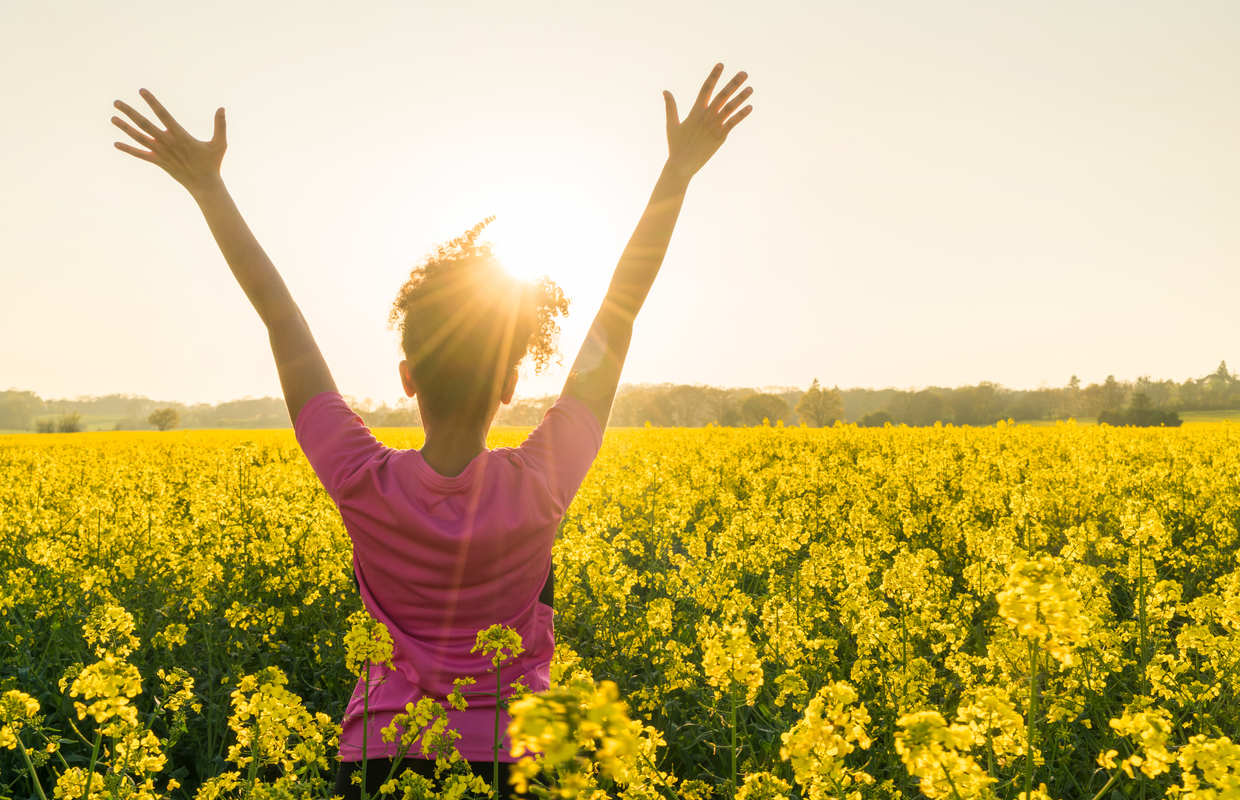 Are we really vitamin D deficient?

Prof. Martineau explains: ‘The Department of Health defines deficiency as blood levels below 25 nanomoles per litre (nmol/L). But that’s a very conservative figure. I’m not aware of any other country using such a low level.
‘Most countries define it as below 50 nmol/L – double the UK figure. While the Endocrine Society in the US defines sufficiency as 75nmol/L. So, the UK’s one-in-five deficiency figure rises to about 40-50 per cent of people deficient at the more widely internationally accepted 50 nmol/L level.’

How much vitamin D should I take every day?

If a supplement is one of the only ways to boost your intake of vitamin D, how much should you take? Although 10 mcg is currently recommended, government guidance states taking up to 100 mcg per day as safe – but you shouldn’t exceed this.

What’s the difference between vitamins D2 and D3?

Vitamin D comes in two forms: D2 (ergocalciferol) from plants, such as mushrooms and other fungi, and D3 (cholecalciferol) from sunshine and animal sources, such as oily fish and eggs. Vitamin D3 is the preferred version as it remains in your body for longer and is easier to process. But you can find vitamin D3 supplements made from the fungus lichen, which are suitable for vegans. 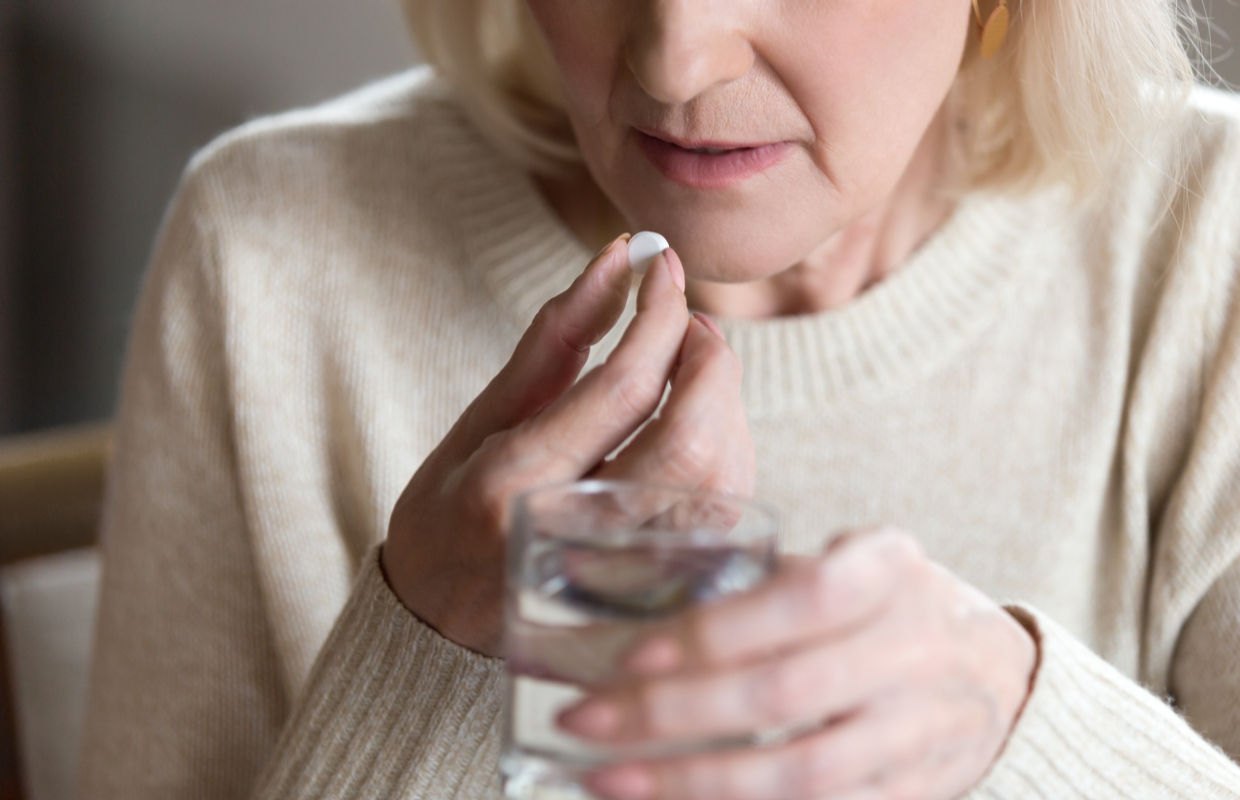 Taking up to 100 mcg of vitamin D per day is safe.

How does vitamin D help with respiratory infections?

There’s growing evidence that vitamin D health benefits not only includes bone strength, but it can also protects against respiratory infections. This includes the common cold, flu and other respiratory viruses, like Covid-19. Following an analysis by Professor Martineau and colleagues of 42 clinical trials on vitamin D, researchers found that a daily dose of between 10 mcg and 25 mcg protects against respiratory tract infections.
This is good news for everyone, but especially for people, such as asthmatics, who may have more severe symptoms when they’re infected with a respiratory virus.

Reducing chronic inflammation in your body is another one of the key vitamin D health benefits, according to a wide-ranging analysis, published in the International Journal of Molecular Sciences. It suggests the vitamin can dampen down inflammatory responses in your immune system.

This is important because chronic inflammation is linked to many illnesses, such as cancer, diabetes, heart disease, autoimmune diseases and neurodegenerative diseases, such as Alzheimer’s or Parkinson’s.

Of course, the science behind vitamin D is constantly evolving. New studies will bolster its benefits or unpick them. While the science unfolds, think of vitamin D as an extremely useful tool for boosting your immune system and maintaining good health.

How can I boost my vitamin D?

Registered dietitian Lucy Perrow of the British Dietetic Association shares some of her best advice for topping up your levels of the sunshine vitamin. 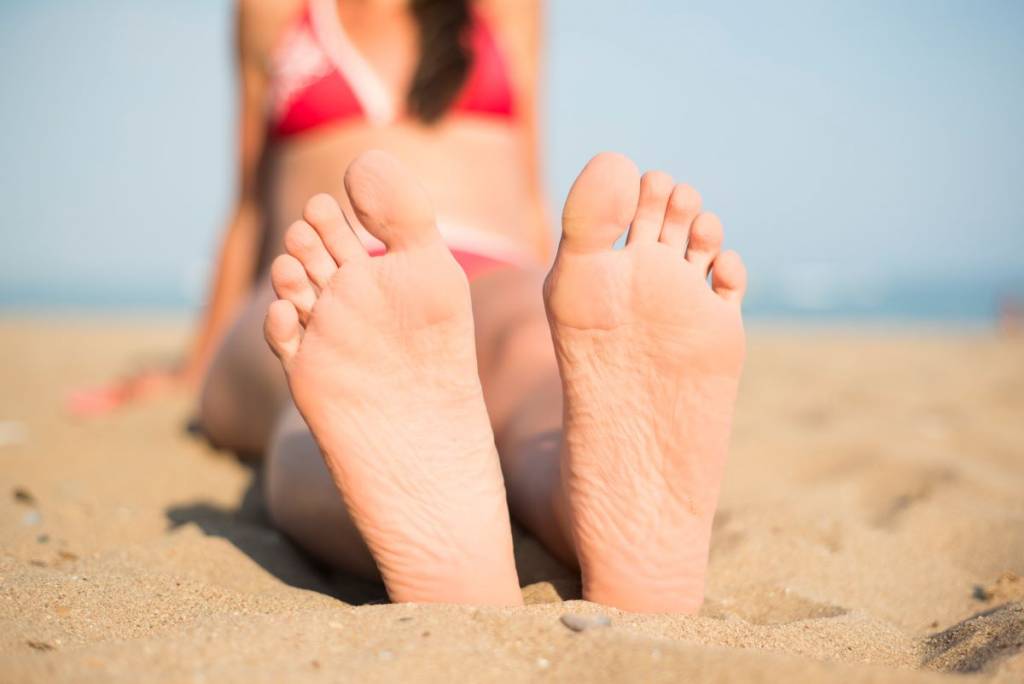 Vitamin D isn’t found in many foods, so we should get at least 5-30 minutes of sun exposure daily. This means sunlight on hands, arms, legs or face while uncovered by clothes or sunscreen. But it’s a balancing act, because too much sun exposure can increase risk of skin cancer. So do limit your sun exposure to the stated times.
However, in the UK you can’t usually get enough sunlight between October and March. This means we are recommended to take a vitamin D supplement of 10mcg per day. Year-round supplementation is important for people with darker skin tones. This is due to increased melanin, which blocks UV, so less light is able to penetrate into deeper layers where vitamin D is made. 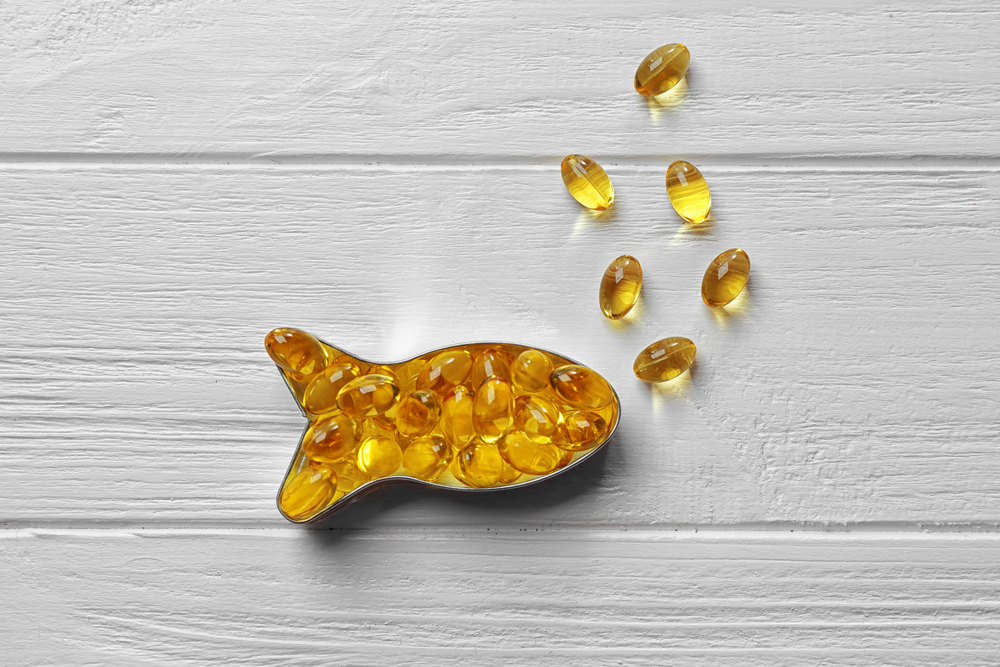 Because vitamin D is a fat-soluble vitamin, you tend to find it in fatty or oily foods. About one large fillet or 140 grams of fish, such as salmon or mackerel, would approximately provide the recommended intake. Or, one teaspoon of cod liver oil contains about 34 mcg. 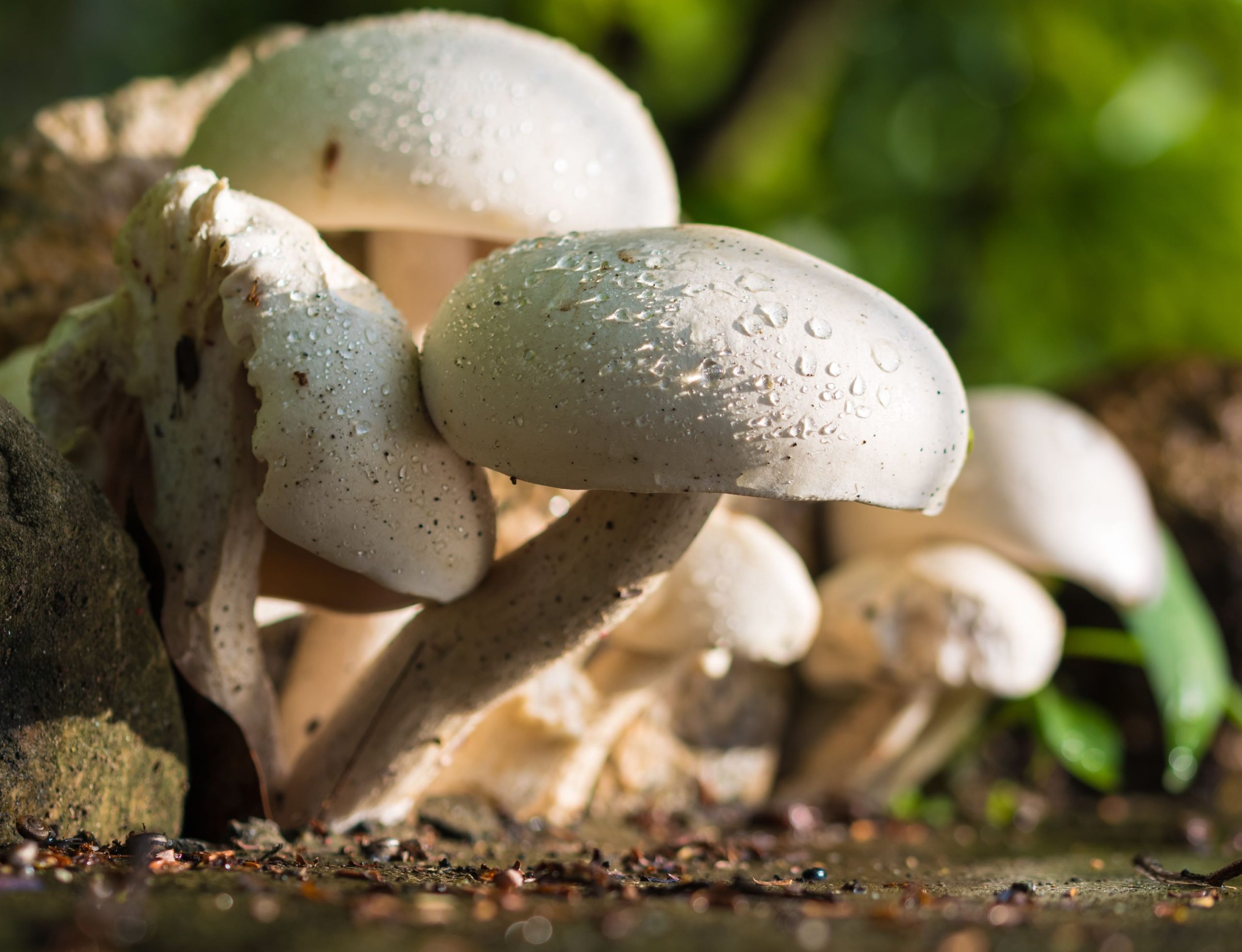 When grown in UV light these are a great veggie and vegan way to get vitamin D from food. About two portobello mushrooms, four chestnut mushrooms or 14 button mushrooms would provide your daily allowance. The UV-light mushrooms are widely available in supermarkets – likely to be labelled as ‘high in vitamin D’ or ‘vitamin enriched’ on the packaging.

These are a good source of vitamin D. However, you’d have to eat 6-10 per day to meet your recommended daily dose! Instead, include them regularly in your diet to count towards your vitamin D intake. 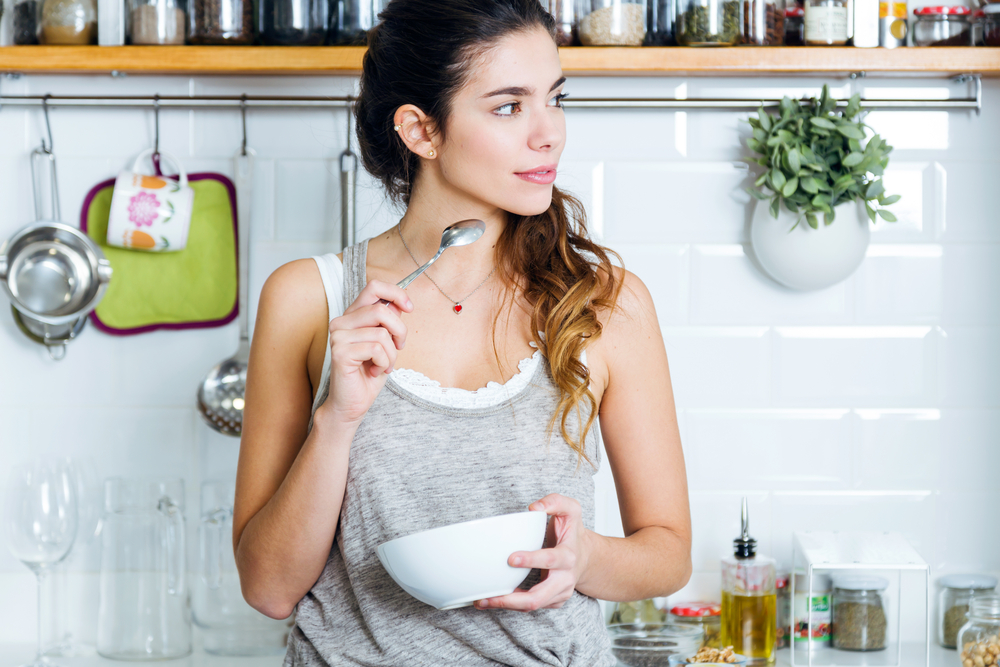 Many breakfast cereals are fortified with vitamin D. A 30g serving provides about 1.5 mcg. So, this counts towards your daily intake. Some brands of soy, almond, oat or cow’s milk have vitamin D added to them. Be sure to check the packaging to see if it’s included.

Click here to discover why it’s essential to get enough vitamin B12!