Modern food farming relies on pesticides for high crop yields, but what are the health implications and dangers of these chemicals? We take a closer look at how to avoid exposure to harmful pesticides in your food…

Think about the crunch of an apple, the scent of an orange, the sweetness of peas and the juiciness of tomatoes. Tempting textures and appealing colours of fruit and vegetables are meant to make your mouth water because they are good for your health. Eating five or more portions daily provides vitamins, minerals and fibre, which can reduce your risk of heart disease, stroke and some types of cancer.

But not all fruit and veg are as healthy as they seem…Many contain pesticide residues – around 57 per cent containing at least one chemical residue, according to latest figures from the government watchdog Committee on Pesticide Residues in Food. These chemicals are within food at a systemic level, so washing, peeling, cooking or freezing won’t remove them.

A small percentage of foods (3.8 per cent) was found to exceed the maximum residue levels (MRL). And, we’re told, any residue below the MRL ‘should not cause harm to consumers’, according to the Committee. However, scientific understanding of the health risks of pesticides is constantly evolving, and some substances once thought safe are now being labelled “high hazard pesticides” or HHPs.

Are pesticides in food dangerous?

‘Pesticides initially considered safe and used for years have eventually been found to be very toxic, as research mounts up against them,’ says Louise Payton of the Soil Association. ‘Neonicotinoids are a clear example of this. They went through the regulatory process and were ruled safe. Yet, years later, research has revealed that’s not the case and they have just been banned.’

Neonicotinoids are a class of pesticides used for decades on fruit, veg and cereal crops. In 2018, the three main types of neonicotinoids were banned in the EU, as scientific studies suggested the substances were causing a big decline in bee populations. Now evidence is emerging that neonicotinoids may also harm human health by impairing the function of the nervous system. ‘The problem is that many harmful substances are not immediately recognised as hazardous,’ says Louise. 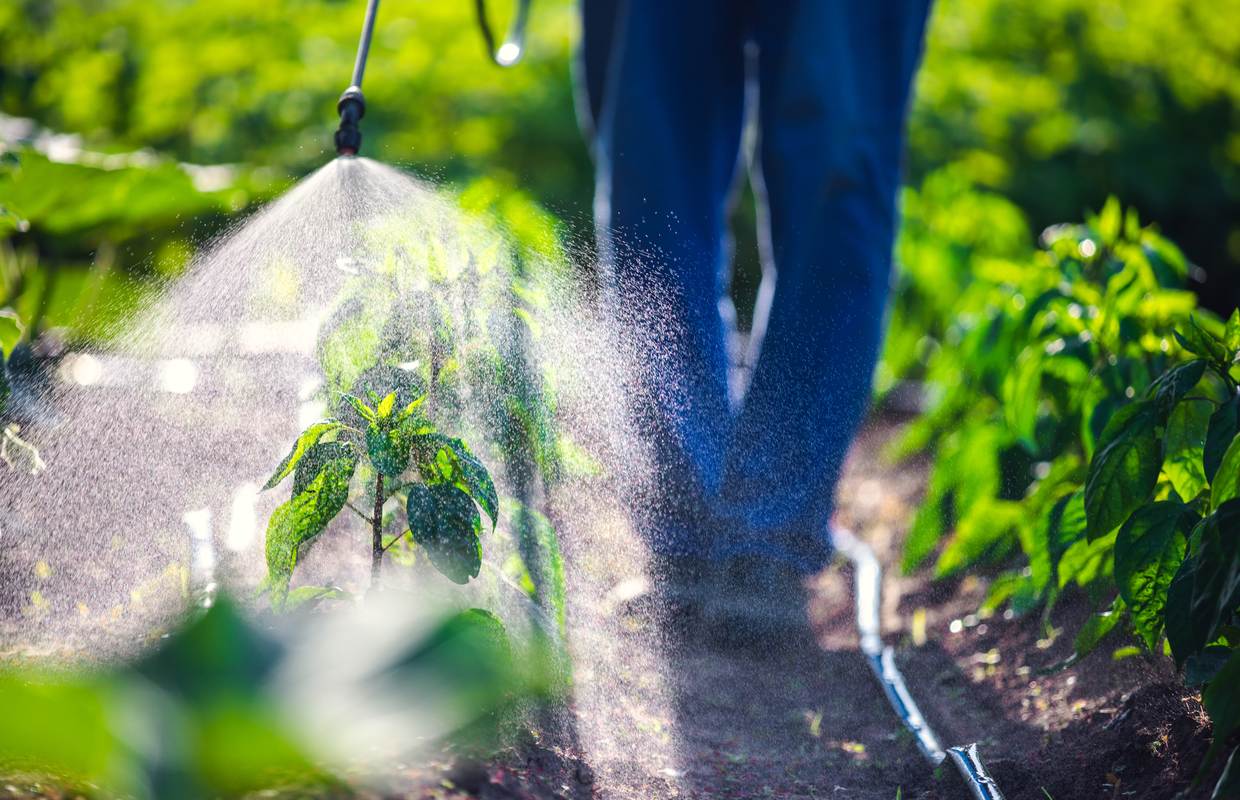 What are Highly Hazardous Pesticides (HHPs)?

The World Health Organisation (WHO) defines HHPs as having acute and/or toxic effects to humans. UK charity Pesticide Action Network (PAN) publishes a list of HHPs, which is regularly updated and available at pan-uk.org. Pesticides on the list have been classified by internationally recognised health authorities as probably causing harm to health in various ways, including long-term hazards related to cancer, birth defects and reproductive harm, or disruption of hormones

.Although dozens have been banned or restricted, many hazardous substances remain in widespread use in the UK and all over the world, according to PAN, because of poor regulation and pressure from the pesticide industry. So they could end up on your dinner plate.

Glyphosate is on PAN’s HHP list. This herbicide kills weeds around crops such as wheat and oats. It’s also used in the UK to keep weeds under control in parks, playgrounds, pavements and schools, and is available to buy in garden centres under the brand name Roundup.

‘Glyphosate is one of the most commonly used pesticides in the world. It’s often sprayed on wheat seeds, so it can end up in bread. Research suggests it might be an endocrine disruptor and is also classed as a probable human carcinogen by the WHO.

Research into the effects of pesticides

Acceptable daily limit (ADL) legislation is meant to protect consumers from pesticide toxicity, but the testing doesn’t track long-term effects. ‘In the UK, each pesticide undergoes testing to come up with an acceptable daily limit to establish what level is safe in food. Limits vary for each pesticide. However, ADL testing might follow a group of rats fed pesticides for only a couple of weeks. They would be examined for any toxic effects.

‘But this short-term study would miss long-term health hazards, such as endocrine disruption or cancers. Humans have been eating food containing pesticide residues for decades, not just for a couple of weeks. The safety testing is not comprehensive enough,’ says Louise.

This uncertainty is magnified because about one third of fruit and vegetables consumed in the UK contain not just one but multiple residues, with some items containing traces of up to 14 different pesticides, according to new report The Cocktail Effect, put together by PAN UK and the Soil Association.

‘Pesticides are safety tested in isolation. But we are exposed to multiple pesticides in our diet – often all at once from a single food source,’ says Louise. So it’s not just a case of whether one pesticide poses a risk to health, but how they might interact when combined. It’s a complex issue and we don’t yet have the answers.’ 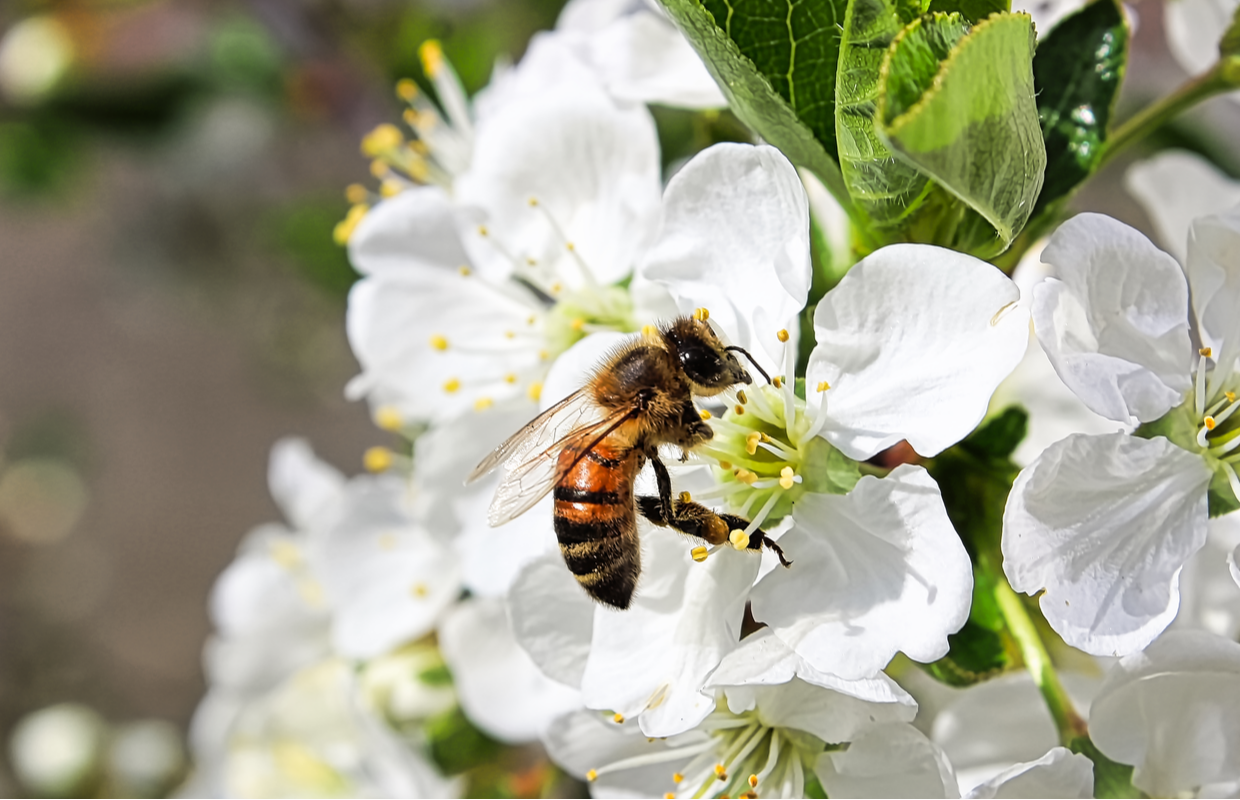 Pesticides and the environment

Neonicotinoids are sub-lethal to bees and other pollinators, meaning the chemicals don’t immediately kill them but they disable the insects. This leads to weakened bee colonies, yet about one third of the food we eat is reliant on pollination by bees. ‘HHPs can leech into rivers, streams, soil and hedgerows to contaminate the environment and the insects within it.

So even when a HHP, such as neonicotinoids, is banned, it will remain within our environment. For how long, we don’t know. Once it’s in the soil it can get into any plant. Farmers are not to blame; they are just part of a system that needs reform,’ says Louise. The way forward could be ecological farming, which is similar to and compatible with organic farming, but takes it a step further, based on principles including sustainability.

So, despite the challenges ahead, the message for the future is uplifting. ‘It’s highly possible to remove chemicals from mainstream farming, eventually, and to shift to ecological farming systems. To do this, authorities need to invest in ecological solutions rather than chemicals,’ says Louise.

How to avoid exposure to harmful pesticides in food

Of the 490 pesticides used in conventional farming, only 28 are used in organic farming, and these are mainly natural substances with no or low toxicological effects. They include: spearmint oil, iron, citronella and vegetable oils.

2. Grow your own fruits and vegetables

This is a great way to avoid pesticides, as long as you never use weed killer or insecticides. You can grow in containers if you don’t have access to a garden. Try herbs, broad beans, peas, radishes, rocket, chillies, peppers, spinach and tomatoes, which do well in containers. Get tips at rhs.org.uk/advice. 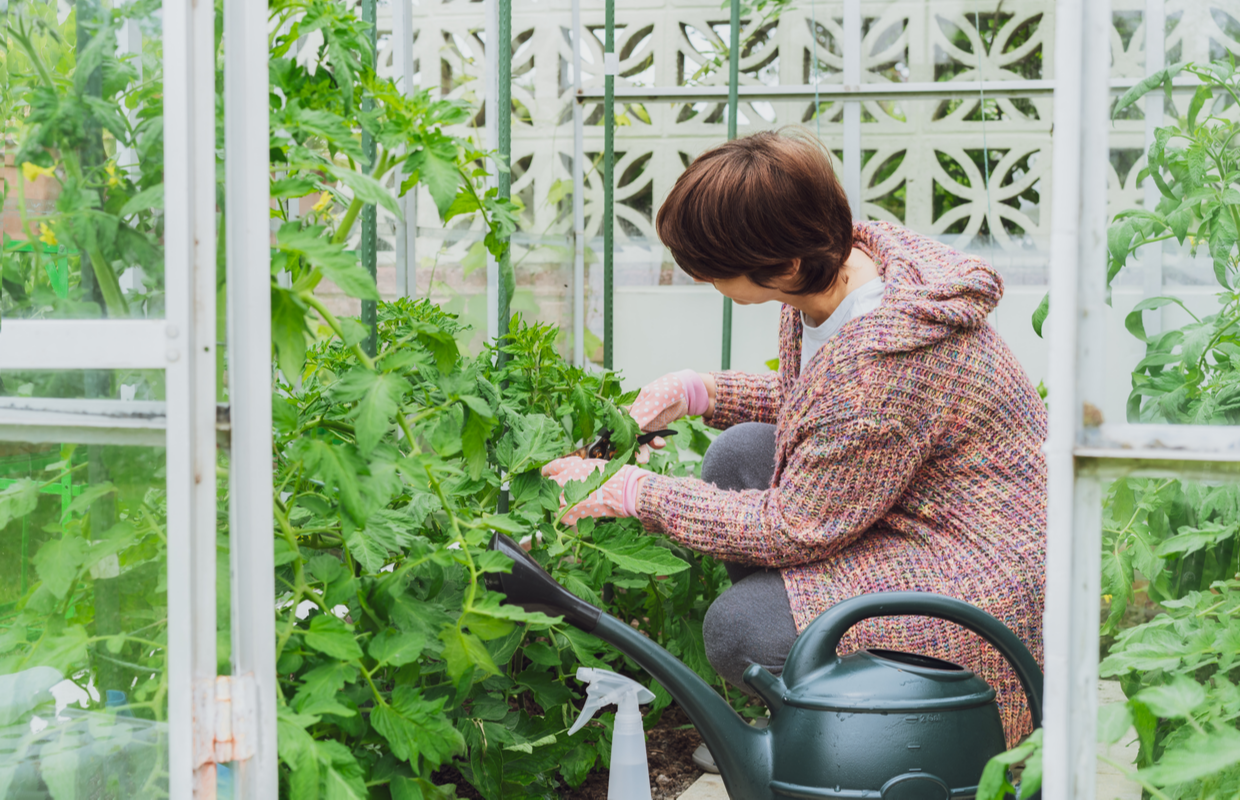 3. Use natural methods to stop plant pests and diseases

If you’re struggling with a pest or disease outbreak when learning how to avoid exposure to pesticides in home-grown food, you can encourage beneficial wildlife into your garden to kill off pests. For instance, ladybirds will get rid of aphid infestations. You can also manage plant diseases naturally. Visit growveg.co.uk for more info.